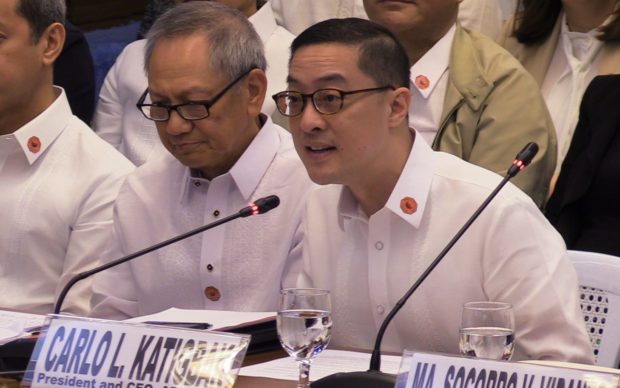 MANILA, Philippines — All of the national political ads in 2016 paid for by then-presidential candidate Rodrigo Duterte were aired by ABS-CBN, according to Carlo Katigbak, president and chief executive officer of the network. At the same time, he defended the non-airing of the local ads of now President Duterte.

During Monday’s Senate public services committee hearing on the franchise renewal of ABS-CBN, Katigbak explained that there are two kinds of political ads sold to candidates.

“The first one is the national ad which is seen all over the country and the second one is a local ad which is normally seen within just a specific province,” he told the Senate panel.

“The President placed an order for P117 million worth of national ads, of which we aired all P117 million. In other words po, 100 percent of the President’s ads, which were ordered for a national airing, were accommodated and broadcast and aired by the station,” Katigbak said.

He admitted that the station was not able to air P7 million worth of the P65 million Duterte paid for local ads due to lack of slots.

“That’s where we had a problem because we only have two minutes of airtime per hour,” he said, speaking partly in Filipino. “In the case of the local ads, the President placed an order of P65 million worth of spots in which we failed to air P7 million worth,” he said.

“Our policy on all our ads is first come first serve and many of these spots were ordered on May 3rd and May 7th, which was the last day of the campaign period. So there had been many previous telecast orders that came in ahead of the President’s telecast order,” he added.

He said the network refunded P4 million to the President.

“The P7 million [worth of ads] that we didn’t air, we were able to refund approximately P4 million to the President — and that was accepted,” he said.

“We were delayed in refunding the P2.6 million. That P2.6 million was no longer accepted by the President,” he added.

Katigbak admitted the network’s shortcomings in terms of releasing the refund on time.

Duterte has repeatedly threatened to block the franchise renewal of the television giant over what he claimed was unfair treatment of him during the 2016 presidential campaign.