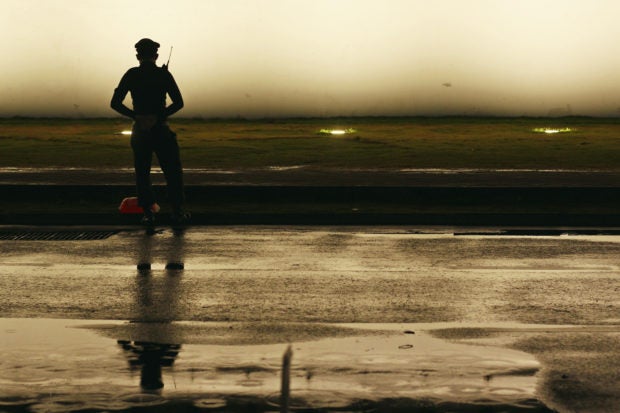 The police chief in a New Hampshire town took it literally when he was stripped of his duties at a local board meeting, disrobing to his underwear and walking out into a snowstorm.

Richard Lee has been chief in the small town of Croydon for 20 years. On Tuesday night, the three-member select board voted to eliminate the one-man department and move to 100% coverage by the New Hampshire State Police.

Lee, who was at the meeting, was told to turn in the key to his cruiser, his guns and his uniform — immediately. He went into an office he shared with town officials and took off his clothes before the board chairman.

Lee said that if he had left with his gear, he did not want to face the possibility of being arrested. As he took off his clothes, he said, the chairman said he did not have to do that, but Lee said those were the orders.

Lee said he is discussing what happened with his attorney.