A man who was posing as a police officer ended up getting arrested when he mistakenly pulled over a real deputy who was off duty in Florida, United States.

The off-duty officer was driving when a black car, complete with white and amber lights, pulled up behind his vehicle at around 8 p.m. last Thursday, July 4.

The impersonator, Barry Hastings, told the unnamed deputy to “slow down.” The officer then asked Hastings for proof of his credentials twice, as per the Hillsborough County Sheriff’s Office’s news release on the same day.

Hastings said he did have credentials but left them back at the office. He also stated that the officer could follow him back to the office so he could prove his identity.

The officer then informed Hastings that he was going to let law enforcement know about the situation, and called 911. After hearing this, Hastings quickly drove away to flee the scene of the crime.

Hastings was eventually caught by another deputy who was on duty at the time.

Upon taking Hastings into custody, authorities discovered a functional siren box, a citizens band radio and a light set up similar to those of police vehicles. 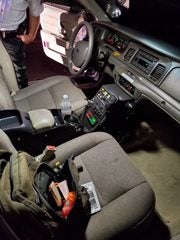 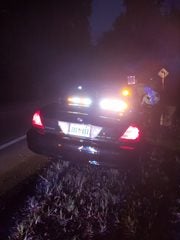 Hastings was later arrested for impersonating a police officer but has been released after posting bail. JB