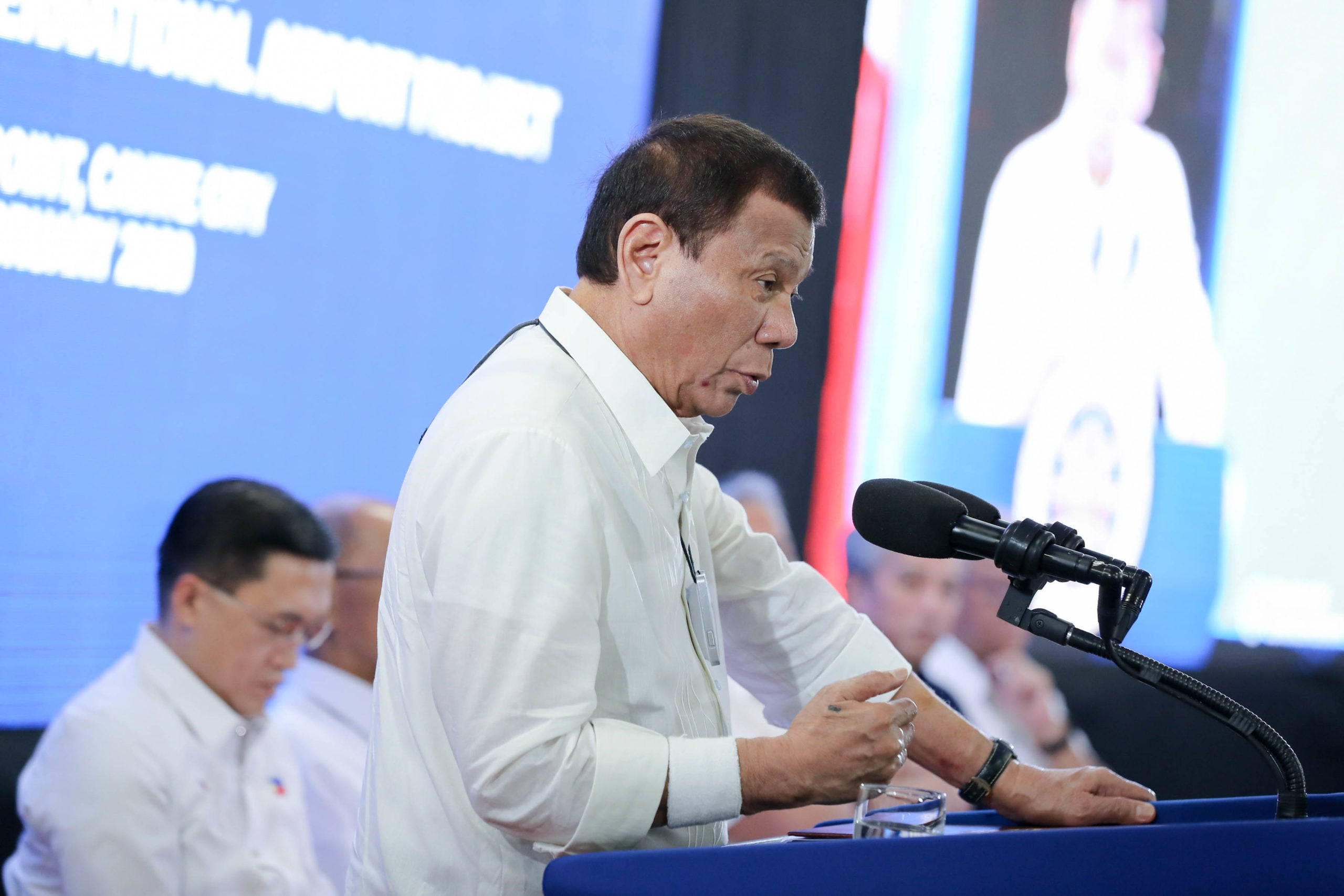 MANILA, Philippines — President Rodrigo Duterte is “not interested” and will not likely monitor the Senate hearing on issues surrounding the franchise of media giant ABS-CBN.

Presidential spokesperson Salvador Panelo on Sunday said that the President has a lot of work to do on the day of the hearing, which is set on Monday.

(The President is not interested. He has too much work to do.)

The Senate committee on public services, which is headed by Senator Grace Poe, will hold a probe into the compliance of ABS-CBN with the terms and conditions of its franchise.

This is after Solicitor General Jose Calida filed before the Supreme court a quo warranto petition calling for the cancellation of the media conglomerate’s franchise for violating its terms and the Constitution.

Panelo reiterated that the Malacañang had nothing to do with the filing of the petition, which calls for the revocation of the franchise on account of  alleged foreign ownership and the bypassing of authority of the National Telecommunications Commission.

(That’s the Solicitor General’s work. Let him do his job. Whatever the Supreme Court will say, we will abide with it.)

He added that the Palace will not interfere with the proceedings of Congress, let alone the Senate, especially when its leadership decided not to hold a session to give way for the ABS-CBN franchise renewal hearing.

The franchise of ABS-CBN is set to expire on March 30 this year.

The House Committee on Legislative Franchises has yet to hold a hearing on the 11 bills seeking for the franchise’s renewal.

Read Next
LOOK: Duterte attends GMA reporters’ wedding in Antipolo City
EDITORS' PICK
Smart releases Hyun Bin’s second TVC
Current dominant strain of COVID-19 more infectious than original—study
Water remains our saving grace right now
DOLE: Return of OFWs’ remains from Saudi to be ‘delayed,’ deadline moved to ‘early next week’
‘Justice will be done,’ Duterte assures as he vowed probe on Jolo incident to bare ‘truth’
EuroMillions Superdraw: A lottery draw unlike any other is coming to the Philippines
MOST READ
Duterte tells military: No other president looked at you the way I did
BREAKING: Duterte signs anti-terror bill into law
Locsin warns of ‘severest response’ if China’s army drills in SCS ‘spill over’ to PH domain
Vico: Cleanup of bidding process saved Pasig gov’t P415M
Don't miss out on the latest news and information.