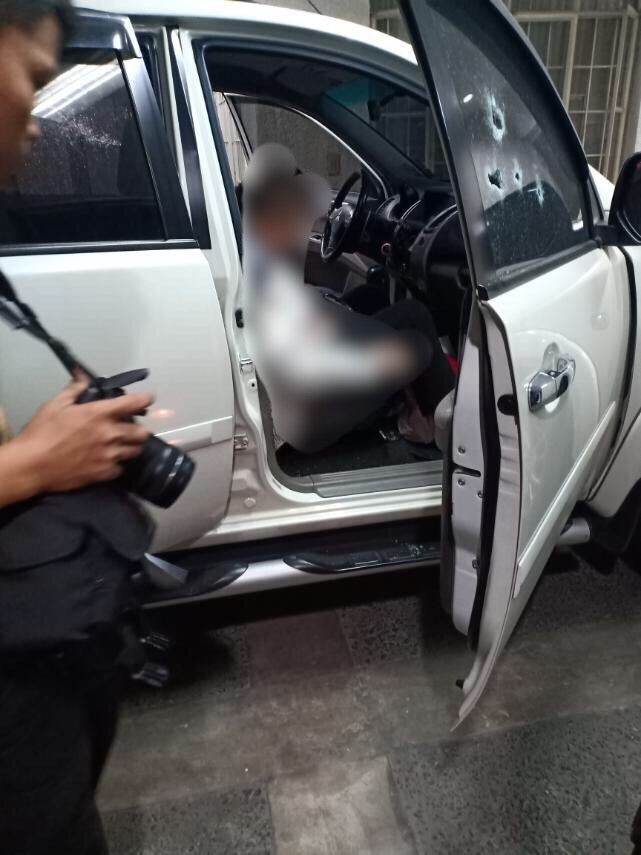 One of the senior citizens is seen dead inside the vehicle after a shooting incident in Quezon City. Photo from Batasan police station

MANILA, Philippines — Two senior citizens died after an unidentified gunman opened fire at their vehicle in front of their house in Quezon City on Friday night, police said Saturday.

Initial investigation showed that Emilia, Brenda and their companion Nancy Johnson, 72, were on board a white Montero sport along Barangay Holy Spirit when the shooting happened at 8:58 p.m.

As the victims arrived at the gate of their home, the assailant, who was said to be wearing a black jacket, baseball cap, and brown mask, shot Emilia and Brenda. Emilia died on the spot while Brenda, who sustained serious injuries, was rushed to the FEU hospital where she later died.

Gadaoni told INQUIRER.net in a text message that Johnson returned home and did not suffer any injury because the victim was at the back seat of the car when the shooting incident happened.

Recovered from the scene were seven pieces of spent shells of a .45-caliber bullets and three deformed slugs.

The case was turned over to the Quezon City Police District’s Criminal Investigation and Detection Unit.