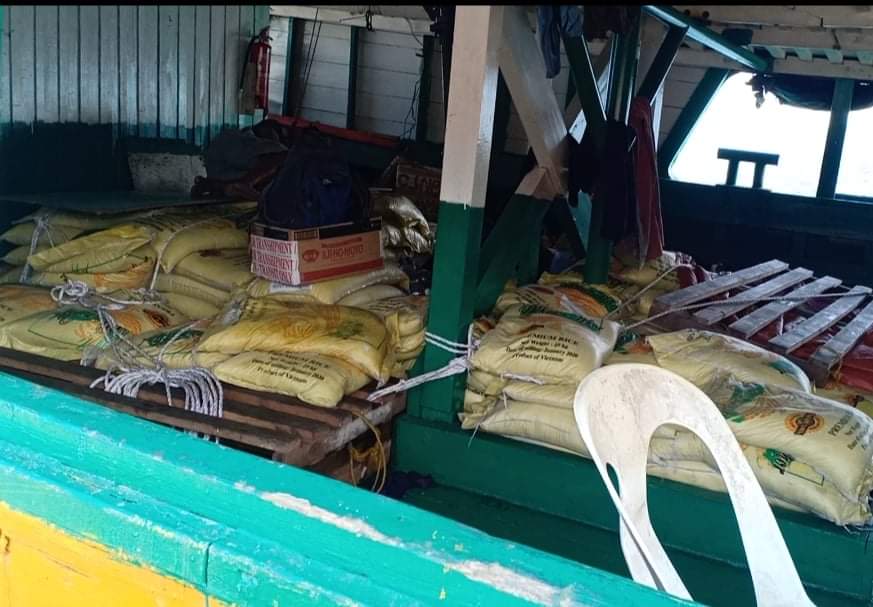 The smuggled rice in sacks that indicated these were from Vietnam but authorities were still investigating the shipment’s origin. LEAH D. AGONOY

The contraband was transported by a boat owned by a Sulu trader.

Gonzales added that the same boat entered the marine protected area which prompted the Coast Guard to radio a reprimand that was ignored.

When the PCG team approached, the boat moved away, triggering a chase. 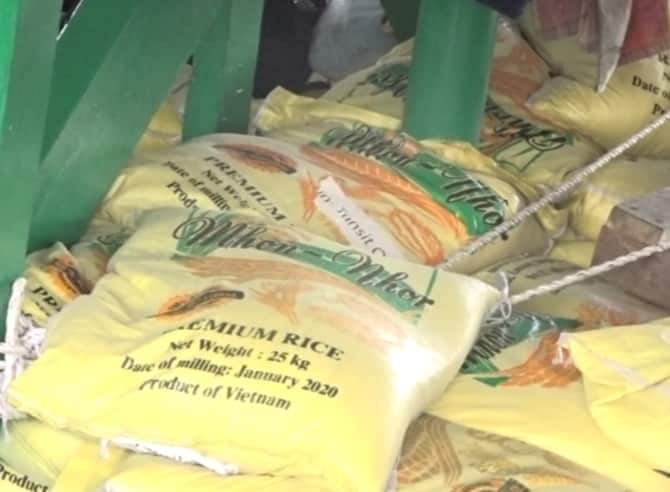 The smuggled rice in sacks that indicated these were from Vietnam but authorities were still investigating the shipment’s origin. LEAH D. AGONOY

The PCG team eventually caught up with the boat and immediately inspected it, with Bureau of Customs personnel, leading to the discovery of the smuggled rice.

The crew failed to show any documents for the rice shipment, Gonzales said.

Capt. Leonard George Carillo, BOC Zamboanga District commander, said authorities have yet to inventory the seized contraband but according to the crew, there were 9,000 25-kilo sacks of rice that were transported from Malaysia.

The boat used in the smuggling operation is owned by a certain Jeosifal Wahab from Jolo, Sulu, according to Carillo.

Carillo said authorities were still investigating the individuals involved in the transaction and possible identification of other products illegally transported by the same boat.

The boat and smuggled goods were brought to Zamboanga City on Friday (Feb. 21).