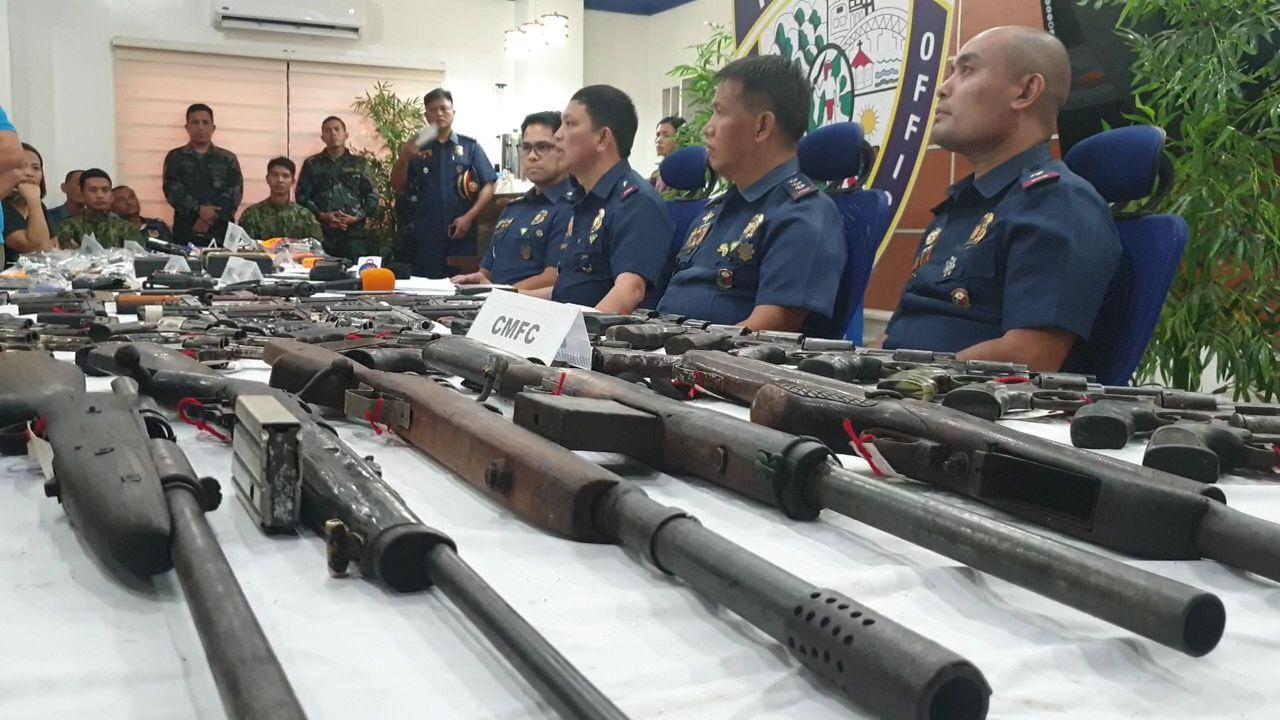 Police present the unlicensed firearms and illegal drugs they seized during a three-day police operation in Cebu. DALE ISRAEL

CEBU CITY – Police seized at least P70.7 million worth of shabu, or crystal meth, and 289 unlicensed firearms during a three-day police operation in Cebu.

The operation, which police called Synchronized Enhanced Managing Police Operations (Sempo), started last Feb. 18 and led to the arrest of 483 persons, many covered by warrants.

Unlike previous operations, no fatalities were recorded in the latest Sempo led by the city and provincial police.

The seized drugs were mainly from the city, worth around P60.7 million. At least P10 million worth of drugs was seized in other cities and towns in the province.

Col. Engelbert Soriano, Cebu City police chief, said many of the arrests were made on the basis of names that appeared on mobile phones of known pushers who had been arrested ahead.

At a press conference, Brig. Gen. Albert Ignacius Ferro, Central Visayas police chief, said the seized drugs could be part of the missing shabu smuggled into the country through magnetic lifters that slipped past the Bureau of Customs. Ferro said another source of the drugs could be drug cartels operating internationally.

But Ferro brushed aside suggestions that there’s a shabu lab in Cebu.

Cebu, he said, could be just a transshipment point of drugs bound to other areas in the Visayas and Mindanao.

Ferro said the number of unlicensed guns seized indicated there was a need to step up coordination with local government units as most of the firearms were made in Danao City in northern Cebu, considered as the capital of illegal gun manufacturing.