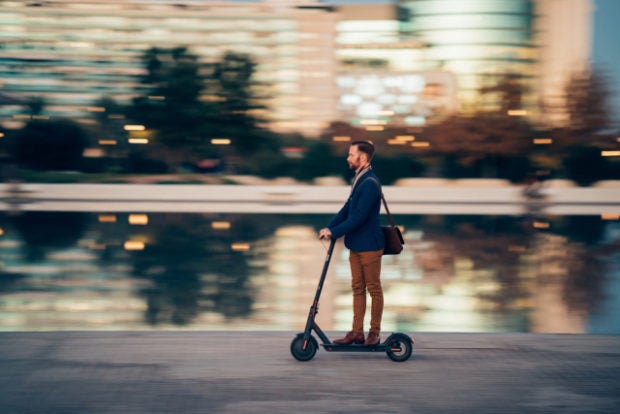 The Canadian city launched a pilot project in June with 680 scooters and electric bikes, but authorities judged that the test period had been a “failure.”

“Only 20 percent of scooters were parked” in dedicated spaces, the city said in a press release, adding that the scooters created “disorder” and problems for pedestrians.

“Montreal does not want to become a scooter police force,” Caldwell said. “The operators have failed to meet their responsibility for compliance with the regulations.

Although no serious accidents occurred, a total of 110 parking offenses were recorded and 333 tickets were issued for breaking regulations — mainly for not wearing a helmet.

Caldwell added that the permits for electric bikes would be renewed, but under tighter regulations.

The Canadian offices for electric scooter brands Bird and Lime both expressed disappointment in the city’s decision to stop the scooter program.

“Ultimately, this decision will negatively impact the mobility and micromobility of Montrealers,” said Bird Canada in a statement, though it added the company “looks forward to continuing working and collaborating with the City of Montreal” to eventually bring the scooters back.

Lime echoed Bird’s sentiments, with the general manager for Canada calling the scooter scheme’s end “a major step backwards for the people of a city committed to reducing congestion and carbon emissions.”

Shared scooters have become part of life in cities around the world, but they have often been criticized for littering sidewalks and posing a danger to pedestrians.