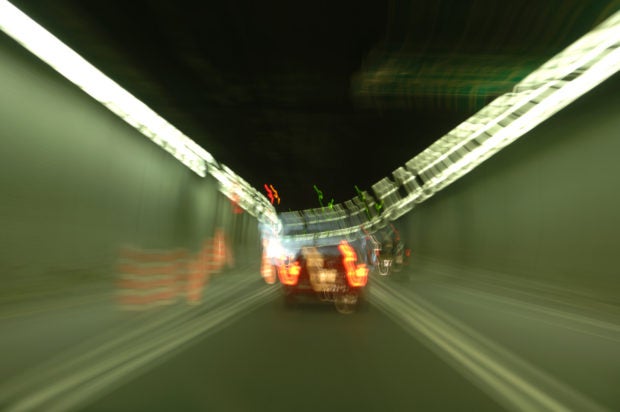 The driver reportedly traveled with the pedestrian’s “mangled corpse” for about half a mile before stopping at a beer garden. INQUIRER.net stock photo

A man who apparently kept driving after hitting a pedestrian in the United States has been charged with intoxication manslaughter with a vehicle.

Paul Joseph Garcia, 24, reportedly traveled with the pedestrian’s “mangled corpse” for about half a mile before stopping at a beer garden. Police responded to the scene of the crime last Saturday, Feb. 15, in South Austin, Texas, the Austin American-Statesman reported yesterday, Feb. 18.

Witnesses said they saw a white 2014 Ford Focus hit an unidentified person who was pushing a shopping cart on the road when the car came. According to the report, the car had no headlights turned on and was moving recklessly at a high speed.

During the accident, the body went through the car’s windshield. It was later found in the passenger seat, as per the report.

The pedestrian suffered extreme and traumatic head injuries and body parts were detached. Debris such as car parts and body parts scattered along the road after the car struck the victim.

Garcia stopped at the South Austin Beer Garden and walked barefoot “in a manner that caught the attention of the other patrons,” the report said.

He was not served alcohol at the venue and police detained him for investigation. Sobriety tests confirmed that Garcia was intoxicated and police placed him under arrest for driving under the influence.

The authorities also found blood evidence and other debris on the suspect which matched with the blood and body tissues found in the vehicle. According to the report, the driver was also charged with accident involving injury for driving without any regard for others’ safety.

Garcia is being held at a correctional complex with a combined bail set at $110,000 (P5.5 million). Cha Lino/NVG