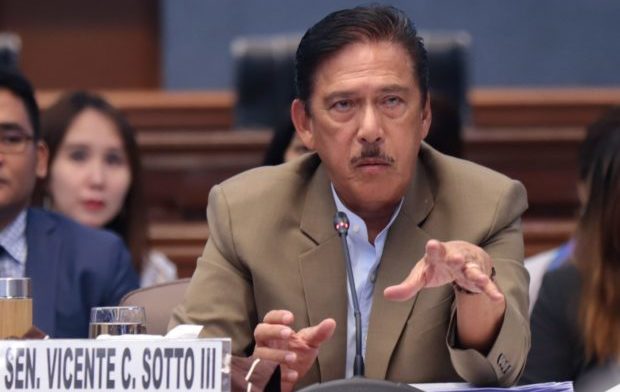 MANILA, Philippines — With the Dangerous Drugs Board (DDB) recently approving “in principle” a resolution authorizing the use of cannabidiol (CBD) for alleviating severe forms of epilepsy, Senate President Vicente Sotto III said Congress should no longer waste its time and efforts legislating a law legalizing the same.

“The DDB move proves that the law being proposed in the HOR (House of Representatives) is unnecessary. There is more important proposed legislation that our honorable counterparts at the HOR should spend their time on,” Sotto said in a statement on Tuesday.

“I hope they give priority to measures that will have more impact on the most number of our countrymen,” he added.

The Senate leader added that he would not raise any objection to DDB’s move to pass “in principle” a resolution allowing the use of CBD, which is a nonpyschoactive component in cannabis.

But Sotto said his support will border on the assumption that the use of such “is in medicine form” and conforms with the guidelines and permit of the DDB-Philippine Drug Enforcement Agency (PDEA).

He further pointed out anew that the use of cannabis for medical purposes is already authorized under the country’s Comprehensive Dangerous Drugs Act.

The Senate president noted that the said act sets down the policy that “the government shall aim to achieve a balance in the national drug control program so that people with legitimate medical needs are not prevented from being treated with adequate amounts of appropriate medications, which include the use of dangerous drugs.”

The policy is implemented through a circular issued by the Food and Drug Administration (FDA) providing the guidelines for the issuance of a “compassionate special permit,” Sotto noted.