MANILA, Philippines – Former Senator Antonio Trillanes IV, who is facing arrest over the “Bikoy” videos that linked President Duterte and family members to the drug trade, arrived from the United States Tuesday morning. 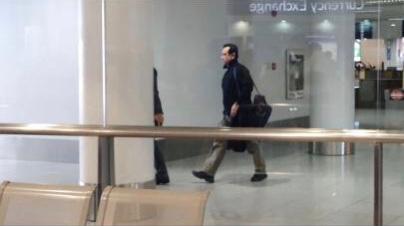 From the airport, Trillanes will proceed to a court in Quezon City to post bail.

The former senator was among those ordered arrested by the  QC Metropolitan Trial Court Branch 138 in connection with the sedition case filed against him and several others.

“I will face this case just as I have faced all the other harassment cases Duterte’s minions have filed against me,” Trillanes earlier said when the arrest order came out.

The videos that circulated in social media linked President Rodrigo Duterte’s family and close allies to the illegal drug trade at the height of the 2019 midterm elections campaign period.

Read Next
China reports 1,886 new virus cases, death toll climbs to 1,868
EDITORS' PICK
House energy committee chair Arroyo bats for cheap electricity
Why Tagle is a leading papal contender
Powered by style, innovation and passion
In Borongan, nuns play hoops (not mahjong)
PH resumes talks with China on Chinese-funded transport projects
A laptop that maximizes your WiFi so you can maximize your productivity
MOST READ
Imee Marcos bares illegal importation of white onions
Why Tagle is a leading papal contender
Zubiri on SRA mess: Shameful, disgusting
Ogie Alcasid positive for COVID-19: ‘We keep ourselves protected and yet inabot din’
Don't miss out on the latest news and information.