Gamboa: Robredo has no basis to say PNP protecting cops in drug watchlist 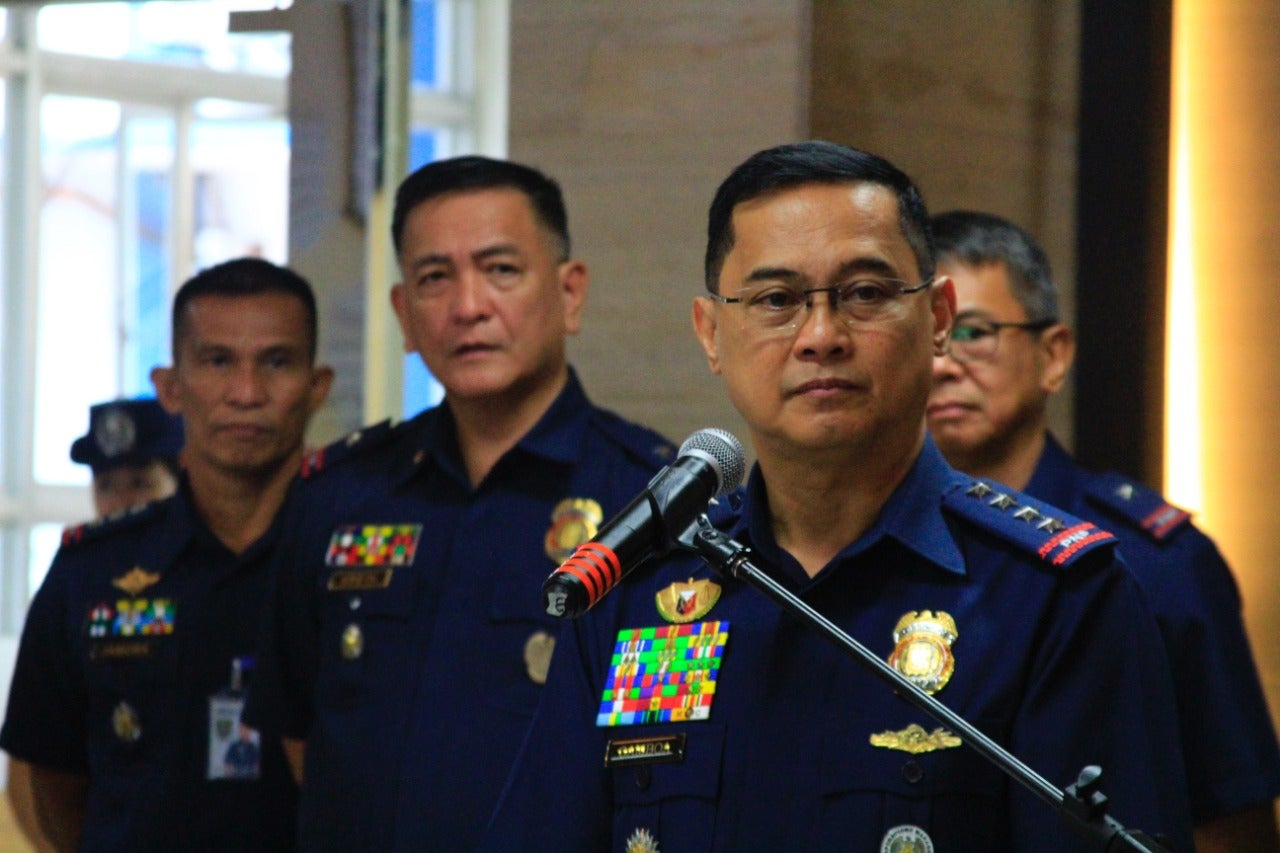 Gamboa explained on Monday that Robredo made a wrong statement as the PNP leadership is not bent on defending the 357 police officers in the list — which includes at least two generals and controversial drug war poster boy Lt. Col. Jovie Espenido.

“Wrong statement, ‘cause no basis,” Gamboa said during his weekly press briefing at the PNP headquarters at Camp Crame, when asked to react to Robredo’s statements.

“I-adjudicate pa nga namin, why would you say that we are protecting them.  Had we intended to protect them, bakit namin ilabas ‘yong 357?” he added.

(We would still adjudicate them, why would you say that we are protecting them? Had we intended to protect them, why would we release the information on 357 officers in the watchlist?)

The newly-installed PNP chief also clarified that the early retirement option that they gave to the 357 officers linked to the drug trade does not mean that they are absolved from the accusations — contrary to Robredo’s fears that they may be allowed to retire with benefits.

He added that this is also a way to rid the police force of bad eggs even without the completion of the adjudication process.

(Why am I doing this? We’re trying to cleanse the PNP, but if we say that you opt for optional retirement, it’s not that you are guilty. This is an easy way out in terms of PNP custody, and also if you are guilty then maybe it’s better if you stop accepting your salary.)

(But again, I emphasize: going for optional retirement does not mean being spared from investigations. And if we prove that you should have been included in the watchlist, then we will still place you under our monitoring.)

Robredo in her radio program on Sunday said that she hopes the PNP would show that the abusive officers will not be able to get away scot-free, as it may erode the public trust in the institution.

“If the stance of the police shows that there are cover-ups, this is when the erosion of people’s trust starts,” she said.

The Vice President’s statements came after President Rodrigo Duterte himself said that Espenido is “clean,” despite the Department of Interior and Local Government confirming that the embattled cop is in the list.

According to Gamboa, the 357 officers involved would face a national adjudication board led by PNP’s second in command, Lt. Gen. Camilo Cascolan. Gamboa insisted that the process in verifying the officers’ inclusion in the list would be extensive, and will be in cooperation with other government agencies.

Protecting those in drug watchlist may erode trust in PNP – Robredo