In US politics, height matters and Trump knows it 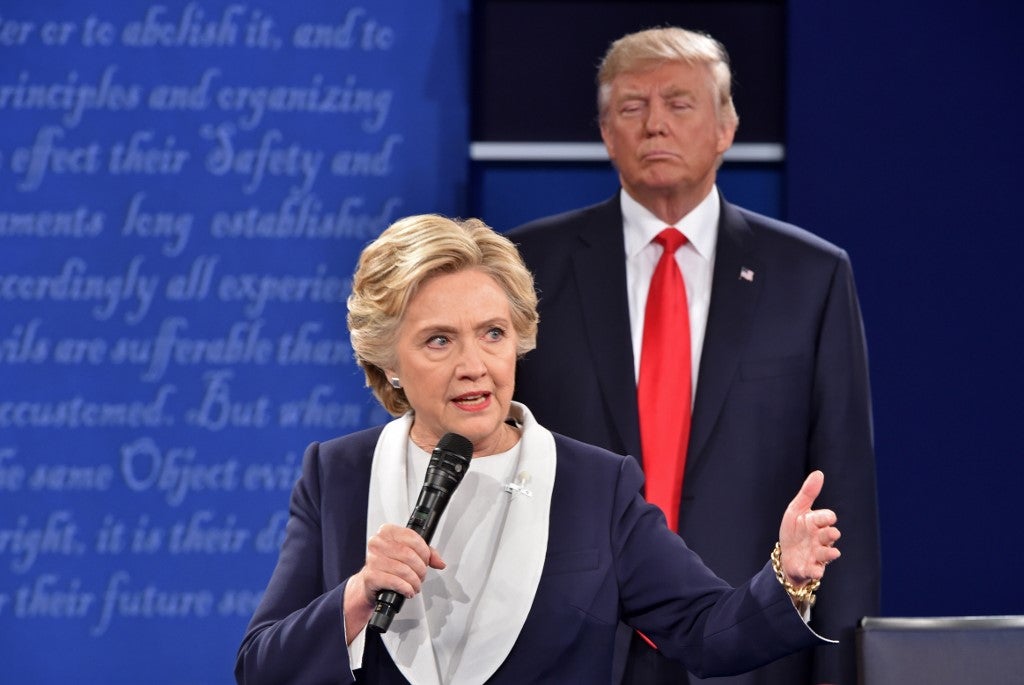 WASHINGTON, United States — When Donald Trump literally belittles his perceived enemies — by mocking their stature — he is weaponizing a long-standing maxim of US presidential politics: taller guys tend to win the White House.

Trump — who stands at about 6’3″ (1m90) depending on which source you use — has hammered away of late at Mike Bloomberg, the former New York mayor whose campaign for the Democratic nomination is gathering pace.

Bloomberg officially is 5’8″, but in recent tweets and interviews, Trump has lopped four inches off and alleged that Bloomberg asked to stand on a box during Democratic primary debates.

He also christened the media mogul with a new nickname: “Mini Mike.”

All this height-shaming is not new for the Republican leader. He also has slapped ‘little’ or ‘liddle’ (or even liddle’, apostrophe included) on a number of lawmakers of varying heights — Adam Schiff, Marco Rubio, Bob Corker, to name a few.

What sets Trump apart is how unabashedly he is trying to use it to his advantage.

“It is not typical of what presidents do,” said Gregg Murray, a political scientist at Augusta University in Georgia who has studied the role of height in how Americans vote.

– Jealousy –
Look back at Trump’s recent predecessors and they were all at least six feet tall, or close to it — Barack Obama, George W. Bush, his father, Bill Clinton, Ronald Reagan, to name a few.

Indeed, Americans are so caught up with the height of their leaders that during one of the 2016 Republican presidential debates, Google has said the most frequent online search was not about a policy issue. It was about how tall Jeb Bush was (answer: 6’3″).

To wit, Prime Ministers Shinzo Abe of Japan and Benjamin Netanyahu of Israel are both taller than the average man in their countries.

While he is not an elected leader, so is President Xi Jinping of China, who stands 5’11”.

But in general, experts say tall folk have an advantage in politics — and other walks of life as well.

“There is overwhelming evidence that tall people have a much better chance to reach higher positions in organizations” in any country, said Abraham Buunk, a Dutch academic who co-authored a 2013 study in Leadership Quarterly entitled “Tall claims? Sense and nonsense about the importance of height of US presidents.”

“The advantage of taller candidates is potentially explained by perceptions associated with height: taller presidents are rated by experts as ‘greater,’ and having more leadership and communications skills,” the study said.

The world’s tallest men on average are the Dutch at six feet, according to the scientific journal eLife.

Buunk said he and three colleagues took note, and eventually studied American presidents, when a Canadian graduate student colleague who had always thought he was tall came to the Netherlands and “felt rather average.”

“We decided to examine the psychological effects of height, starting with jealousy,” Buunk wrote in an email to AFP.

In the United States, in presidential elections held through 2012, the taller of the two major-party candidates won 58 percent of the time.

Murray says this is largely because elections tend to lure taller people as candidates.

“It’s not like we all get in a room and point to the people who are taller,” he told AFP.

In this campaign, two women are running for the Democratic nomination — Elizabeth Warren is about 5’8″, the same as rival Pete Buttigieg.

Amy Klobuchar is several inches shorter — in a debate in December, she quipped that James Madison had been “a pretty good size for a president — he was five-foot-four.”

In 2016, Trump’s Democratic opponent Hillary Clinton stood at about 5’5″.

During one of their presidential debates that year, Trump stood behind Clinton at one point as she spoke — seen as camera-hogging clowning by some, and outright bullying by others.

Murray argued that in America, at the national level at least, height is a built-in problem for women because it prevents them from looking “physically formidable” for voters seeking a leader they deem to be strong.

Of course, as much as Trump tries to depict himself as taller than his opponents and says he is 6’3″, it does not always work.

Just look at photos from the 2016 Republican debates — Jeb Bush is clearly taller.