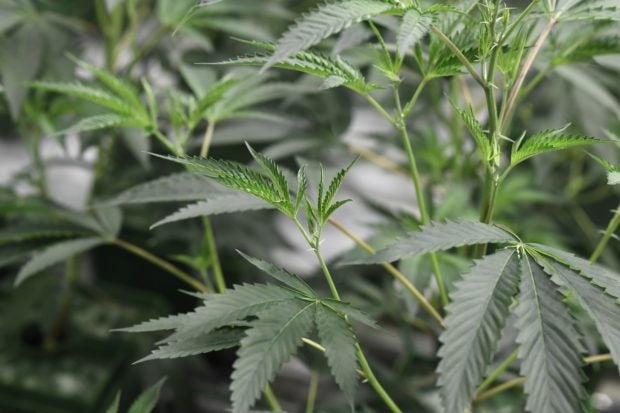 MANILA, Philippines — Saying the Dangerous Drugs Board (DDB) cannot usurp Congress’ legislative power, Sen. Panfilo Lacson said the Comprehensive Dangerous Drugs Act of 2002 must first be amended before the marijuana extract cannabidiol (CBD) can be allowed for medicinal use.

“The DDB cannot usurp the power of Congress to legislate since there is an existing [law] that prohibits its use,” Lacson told the Inquirer in a text message. “There is a need to amend the existing law to allow its use even for medicinal purposes.

Lacson was referring to Republic Act No. 9165, or the Comprehensive Dangerous Drugs Act of 2002, which lists cannabis as a prohibited substance.

The senator was reacting to the Inquirer reported on Sunday that the DDB had already approved “in principle” the use of CBD to ease the pain of severe forms of epilepsy.

But Catalino Cuy, DDB chair, reiterated that the board’s resolution only allowed the importation, in tablet form, of CBD medicine which has already been approved by the US Food and Drug Administration (US FDA) in 2018 for specific forms of epilepsy.

“Marijuana use was not legalized. There is no usurpation [of congressional powers], he said.

Citing Sections 2 and 93 of RA 9165, Cuy said the law already contained provisions that allow the DDB to reclassify, add or remove any drug from the list of dangerous drugs, particularly “if the drug in question is already a registered medicine.”

In 2018, the US FDA approved CBD tablets, under the trademark Epidiolex, which has no more than 0.1 percent tetrahydrocannabinol, the chemical compound that causes the “high,” or psychoactive effect of cannabis, or the marijuana plant.

Senate President Vicente Sotto III, a former DDB chair himself, agreed that RA 9165 actually authorizes the “compassionate use” of cannabis and using marijuana for its therapeutic effects was allowed “as long as it is monitored and permitted” by the DDB and the Philippine Drug Enforcement Agency.

“We just have to check if the proper procedure [is being] followed,” Pimentel said. “Medical benefits must be proven first because I have my doubts about its medical benefits.”

As of 2019, the The Lancet medical journal and the Mayo Clinical Proceedings noted clinical research on cannabidiol included studies of anxiety, cognition, movement disorders and pain but there is still insufficient evidence that it is effective for these conditions.

Despite the absence of conclusive medical evidence, Sen. Joel Villanueva said the compassionate use of CBD could also be considered since the US FDA had already registered it as medicine anyway.

“However, proper regulation should be in place particularly with respect to dispensation. I have serious reservation on that aspect, but with proper regulation, access to this medication will provide relief to a number of people,” Villanueva said.

“Physician’s prescription should be strictly followed for use and access of this product,” he said.

Lacson said the differing views on the need for legislative action were best resolved by the Supreme Court since it is the final arbiter of conflicting interpretations of laws.

“[But] the fact that there is now a pending bill in Congress to legalize the use of marijuana for medical [purposes] means that legislative action is needed,” Lacson said, referring to three pending proposals in the House of Representatives.

One of the bills House Bill No. 3961, was proposed by Deputy Speaker Luis Raymund Villafuerte Jr. who thought the DDB’s approval in principle of CBD use was a game changer and should clear the way for the passage of an appropriate law.

“This game-changing decision by the DDB should serve as a strong impetus to the Congress to act soon enough on a pending legislative measure creating a state agency to oversee the development of what could be a legitimate multibillion dollar export industry,” Villafuerte said.

In January 2019, the House passed the proposed Philippine Compassionate Medical Cannabis Act on third reading, but the Senate did not concur, sidelining the bill.—With a report from DJ Yap