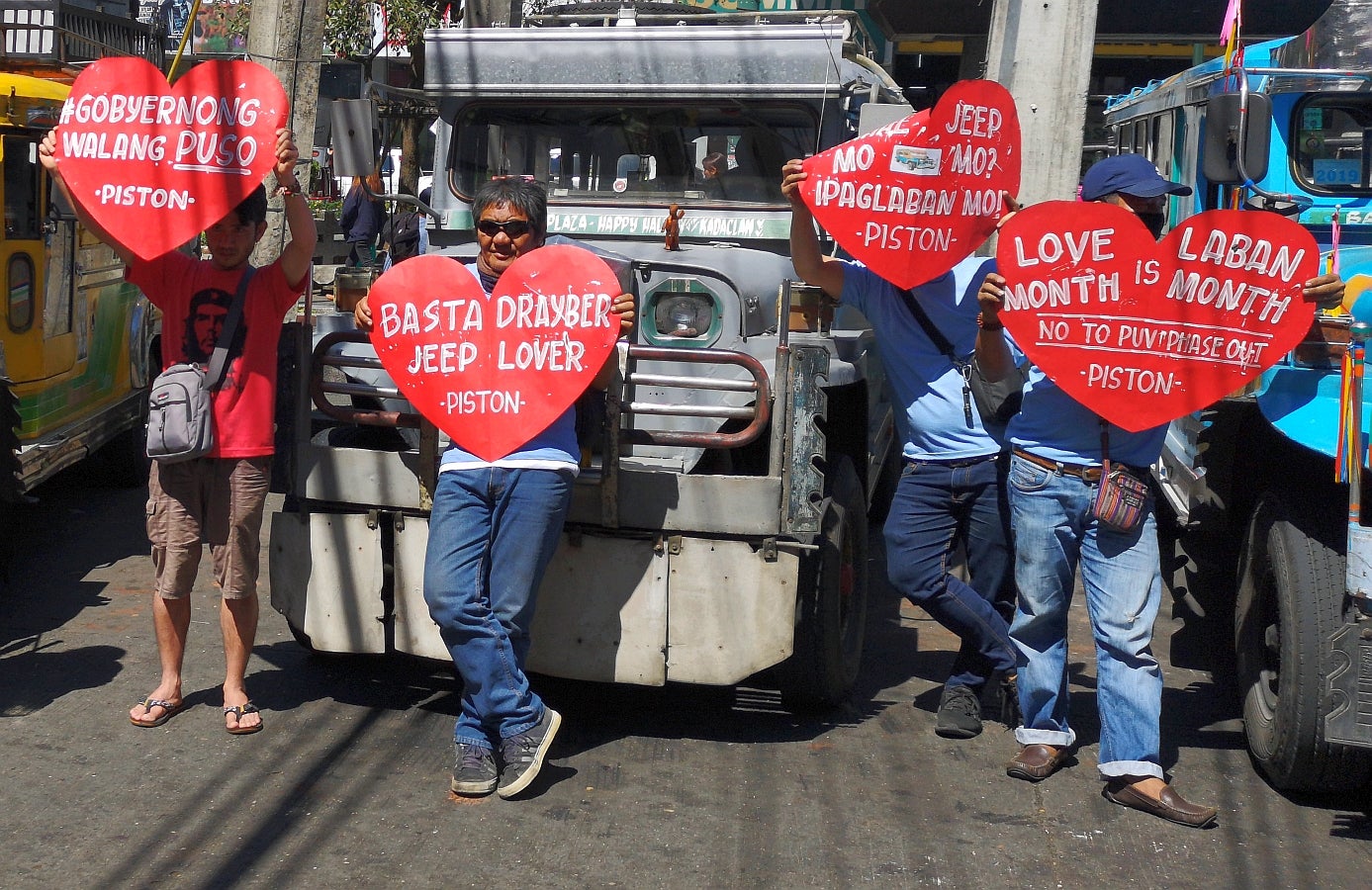 The group was referring to the government’s move to push through with its jeepney modernization act.

“We have a heartless government on hearts’ day. It wants to deprive small people like (jeepney) drivers and operators of their source of livelihood,” said George San Mateo, national chairperson emeritus of Piston.

San Mateo said their group has been opposing what he called “the enforced franchise consolidation” and the one-year provisional authority of the Department of Transportation (DOTr).

The DOTr has given jeepney drivers and operators until June 30 to file their intent to modernize. The DOTr, however, said jeepneys could still apply for a one-year provisional authority, and operators were given a year to comply with the modernization program.

“Their idea is to let the jeeps continue to run until the imported expensive vehicles and transport corporations come. Essentially, they used the franchise consolidation and 1-year provisional authority to implement the phase-out,” San Mateo told the Inquirer.

San Mateo said what the DOTr is trying to enforce is not a genuine modernization program.

“We do not see it as a genuine modernization program but a money-making venture. There is no technology transfer. They (government) just opened the market for foreign vehicle companies to dump and flood us with the expensive vehicles that they call jeep but are mini-buses,” San Mateo said.

“The jeepney is an iconic part of the Philippine culture and a part of our identity,” he said.

San Mateo said their protest action on Friday is a prelude to their nationwide protest on Feb. 17. He said drivers and operators would storm DOTr offices in Metro Manila and the Cordillera, among others./lzb