4 of 5 Filipinos attracted to brains than body, SWS survey shows 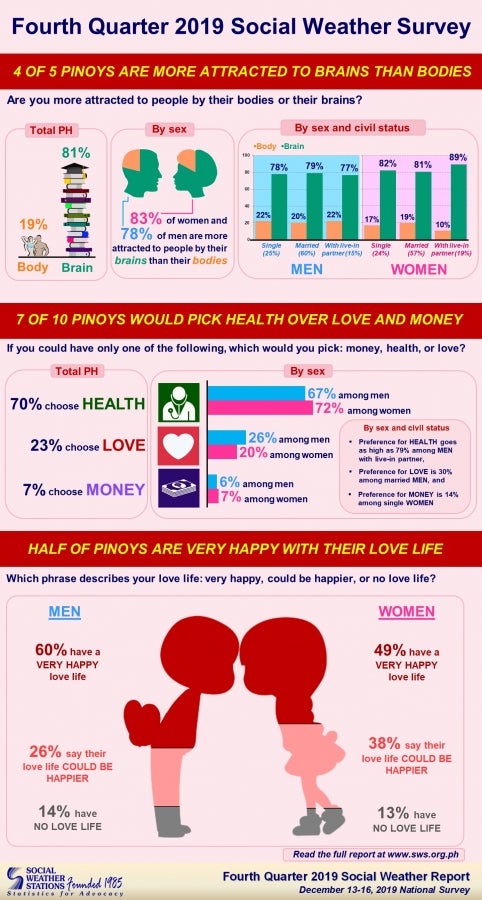 Of the 1,200 adults surveyed from December 12 to 16, 2019, the survey showed that 81 percent are more attracted to a person’s brains than the body while 19 percent thought otherwise.

The survey also found that 54 percent of Filipinos would describe their love life as “very happy,” 32 percent saying “it could be happier,” and 14 percent saying they “do not have a love life.”

It also found out that married men and married women have a happier love life compared to those who are single and with a live-in partner.

Meanwhile, the majority of Filipinos would choose health over love and money when asked if they would only pick one among the three.