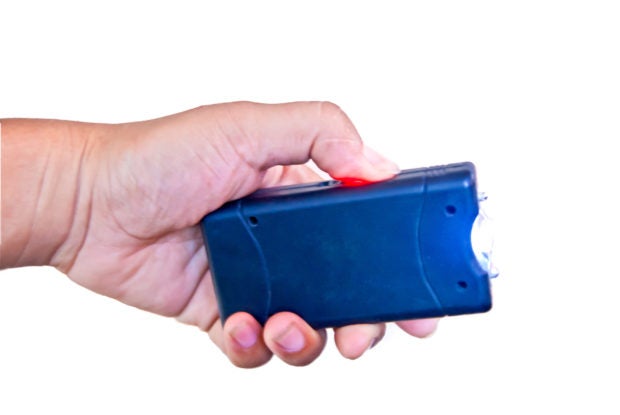 A 68-year-old woman stunned her 73-year-old husband with a Taser multiple times when he asked for a divorce on Feb. 2.

Pamela Carr pulled out the stun gun in their home in Florida, USA, while she argued with her spouse over his request, as per The Smoking Gun on Feb. 4. She then shocked her unidentified spouse “several times.”

After the incident, Carr was taken into custody and charged with aggravated domestic battery. According to an arrest affidavit, she admitted to using the stun gun on her husband “several times,” but claimed that it was “in self-defense.”

Carr was released from jail later on the same day after she posted a bond of $1,000 (about P50,400), as per report. A judge has also barred her from contacting her husband and possessing firearms and ammunition.

Following her release, she is only allowed to collect her belongings from their shared mobile home once with a law-enforcement escort.  Ryan Arcadio /ra

Read Next
Malacañang vows to run after tax-delinquent Pogos
EDITORS' PICK
PH COVID-19 cases near 19K mark, as recoveries breach 4,000
Cherry Mobile teams up with Cloud Panda PH, launches online store
Año vows intensified anti-drug campaign as lockdown eases
South Korea clamps down again as virus rebounds
Senate probe on status of PH internet connectivity amid ‘skyrocketing’ demand pushed
Leveling up your ‘lutong bahay’ with the kitchen companion you never knew you needed
MOST READ
Calida ‘just the lawyer, not the client’ and must ‘never lose his cool’ – Macalintal
7 members of nurse’s family in Laguna catch COVID-19
PH COVID-19 cases near 19K mark, as recoveries breach 4,000
Amid protests, Trump talks of war — and reelection
Don't miss out on the latest news and information.