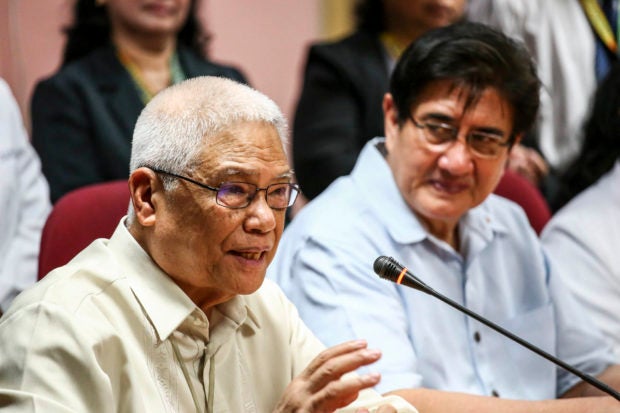 In a joint statement, the officials said the DICT’s confidential expense “went through the rigorous process of approval by both houses of Congress and ultimately by the President himself.”

They also assured that the use of the confidential fund is only meant for “lawful monitoring and surveillance of systems and network infrastructure only” and not for monitoring individuals.

Rio, a retired brigadier general and a veteran of communications in the military, earlier flagged the DICT disbursement on surveillance which he said is not included in the mandate of the agency.

He also claimed that Honasan put the confidential fund in the DICT’s budget when he was still a senator.

However, the two officials, in their joint statement, said that Rio’s remarks “may have been misinterpreted.”

“To set the record straight, Undersecretary Rio never mentioned any anomaly in the disbursement of the Confidential Expense of the DICT. His statements about the need for Confidential Expenses may have been misinterpreted, and it is emphasized that these were his own personal views and not that of the Department,” the officials said.

“The Confidential Expenses, and its use in support of your DICT’s mandate, are not in question. In fact, it was Undersecretary Rio, at the time, who proposed the inclusion of the Confidential Expense item in the 2019 General Appropriations Act (GAA), and he also signed the Special Allotment Release Order (SARO) for it.”

“Let it also be clarified that Undersecretary Rio’s resignation was due to personal reasons, and not due to any rift with the Secretary, nor to any anomaly in the Confidential Expense.”