“These new assets will further boost the capabilities of the PCG in responding to offshore and coastal maritime incidents,” said PCG spokesperson Capt. Arman Balilo. 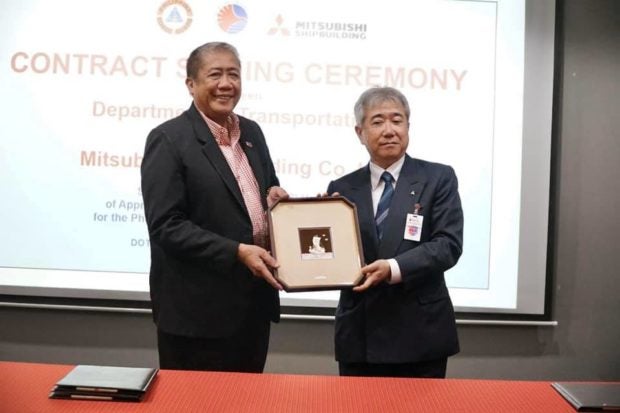 The first ship is expected to be delivered in March 2022 while the second one is in September of the same year.

The two multi-role response vessels will be the biggest patrol ships of the PCG, Balilo said.

It will also feature a helideck and a hangar for helicopter operations; an underwater remotely operated vehicle for subsurface search and survey; and two high-speed rubber boats.

The project is the second phase of the PCG Maritime Capability Improvement Project. The first phase involved the 10 multi-role response vessels funded by Japan, which was completed in August 2018, Balilo said.

Tugade thanked the Japanese government for their continued assistance to the PCG.

Tokyo has extended significant assistance to the PCG over the past years through providing equipment, training for maritime safety and security, among others.

As examples, Japan previously provided the Philippines radar equipment to help counter-piracy in the south. Tokyo has also been the source of high-speed boats for the PCG.

The PCG is also awaiting for the delivery of the BRP Gabriela Silang, an 84-meter offshore patrol vessel built by French firm OCEA.