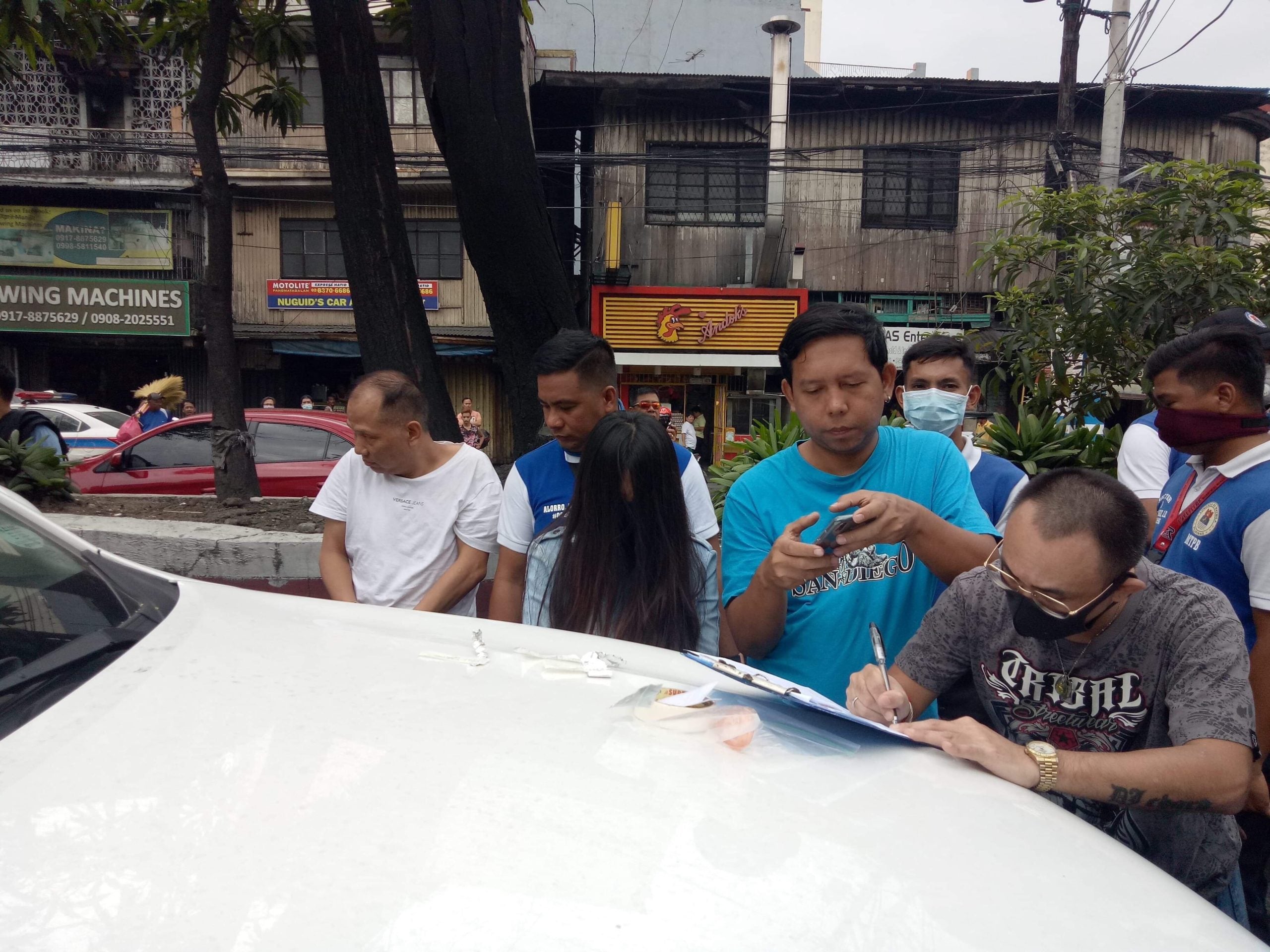 Policemen conduct an inventory of the confiscated shabu and strips of aluminum foil allegedly found inside the vehicle of a Chinese man (leftmost) who also plowed through traffic and damaged several vehicles while evading authorities for a traffic violation. He even spit on the arm of an arresting policeman apprehending him. (Contributed photo)

MANILA, Philippines — A Chinese man was arrested on Thursday after he plowed through traffic in Manila, damaging several vehicles, while trying to evade lawmen accosting him for violation of the number coding scheme.

Zhou Zi Yi, 50, even placed himself in deeper trouble when he spat on the arm of a policeman apprehending him for the traffic violation, aside from carrying inside the vehicle suspected crystal meth or shabu and other paraphernalia.

Zhou was driving a Toyota Fortuner along Quintin Paredes Street when he was flagged down by an enforcer of the Manila Traffic and Parking Bureau (MTPB) for violation of the number coding scheme at about 8:35 a.m.

According to a report from the Manila Police District’s (MPD) General Assignment and Investigation Section, Zhou, instead of  yielding to authorities, tried to drive away prompting the traffic personnel to block his path to prevent him from escaping. Despite this, the suspect still resisted apprehension and instead intentionally hit the traffic enforcers and then headed toward Jose Abad Santos.

The traffic enforcers then sought assistance from the police in chasing after the fleeing suspect, whose vehicle eventually hit a barangay e-tricycle service, two other motorcycles and a Toyota Rush in the process.

After a brief chase, the suspect was finally cornered upon reaching Jose Abad Santos corner Tayuman Street. A policeman then ordered the suspect to alight the vehicle for an inspection, which yielded a sachet of suspected shabu estimated to weigh a gram worth P6,500. Two crumbled strips of aluminum foil were also found in the foreigner’s possession.

After he was handcuffed, the suspect suddenly spit at the policeman, which was captured in a video now making rounds on social media.

The suspect is now detained at the District Drug Enforcement Unit of the MPD. His female companion was also arrested by the police.