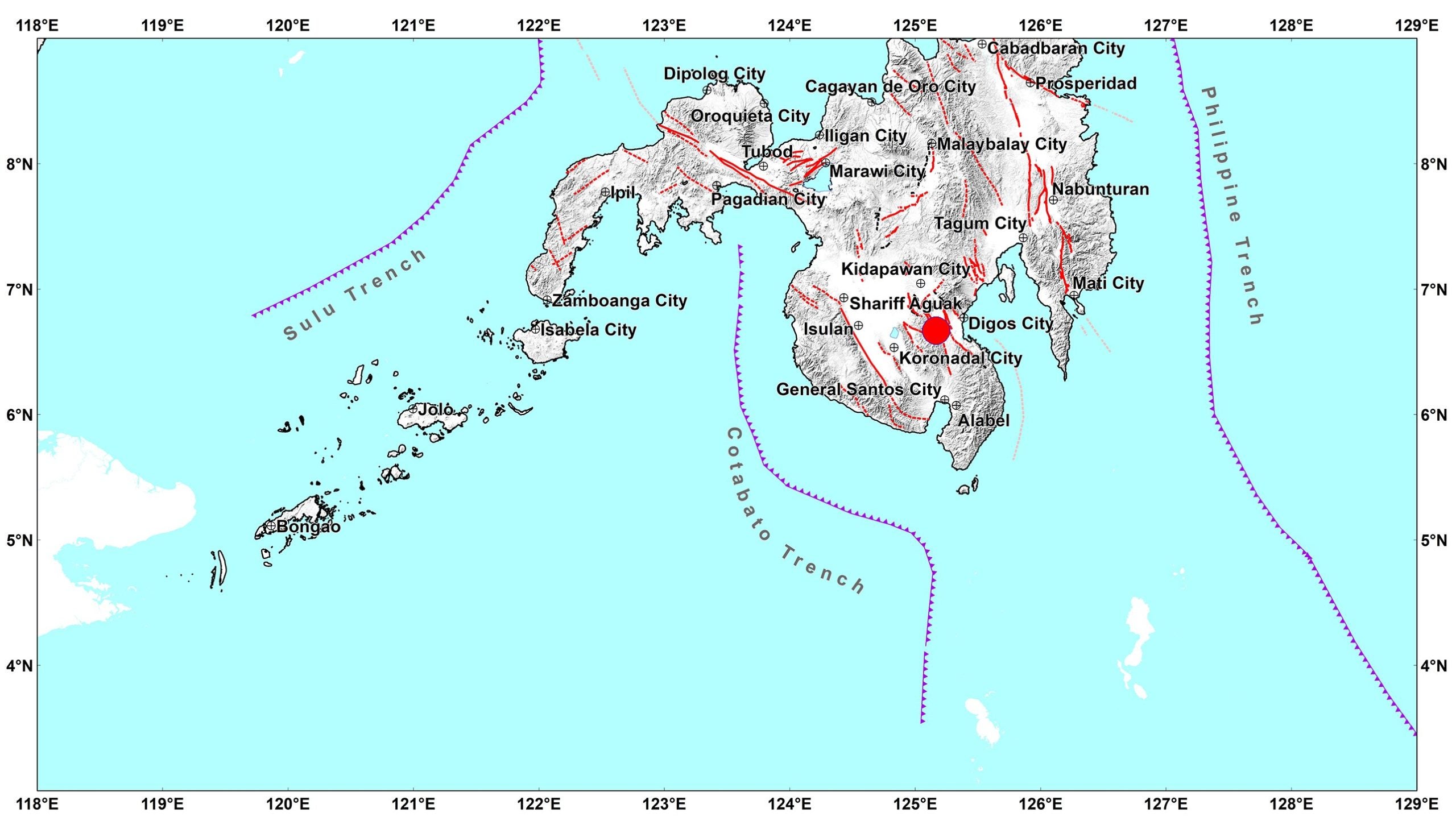 MANILA, Philippines – A shallow Magnitude 3.5 earthquake rocked the town of Matanao in Davao del Sur on Thursday afternoon, with intensities felt in the nearby cities of Digos City and Magsaysay.

According to the Philippine Institute of Volcanology and Seismology (Phivolcs), the earthquake which was tectonic in origin, had its epicenter at 10 kilometers southwest of Matanao, at a depth of just 3 kilometers.

Intensity IV was felt in Matanao, while Intensity III was experienced in Digos, Bansalan, and Hagonoy towns.  Intensity II meanwhile was recorded in Magsaysay.

Phivolcs said the quake left no damage and no aftershocks are expected as of now.

Read Next
Bohol has 4 persons isolated for nCoV
EDITORS' PICK
Cherry Mobile teams up with Cloud Panda PH, launches online store
WHO resumes hydroxychloroquine coronavirus trials
COOCAA TV Bounce Back Sale offers up to 50% off
DOLE eyeing P20-B subsidy for MSMEs
Over P785M distributed to 98K PUV drivers in Metro Manila — DSWD
SMDC The Good Guys on the Go
MOST READ
Philippines’ youngest survivor of COVID-19 dies
It’s final: Anti-Terror Bill now only needs Duterte’s signature
Piolo gets first call slip from ABS-CBN to resume ‘ASAP’ taping
‘She had no right to be in Singapore’: Youth pleads guilty to abusing Filipino maid
Don't miss out on the latest news and information.