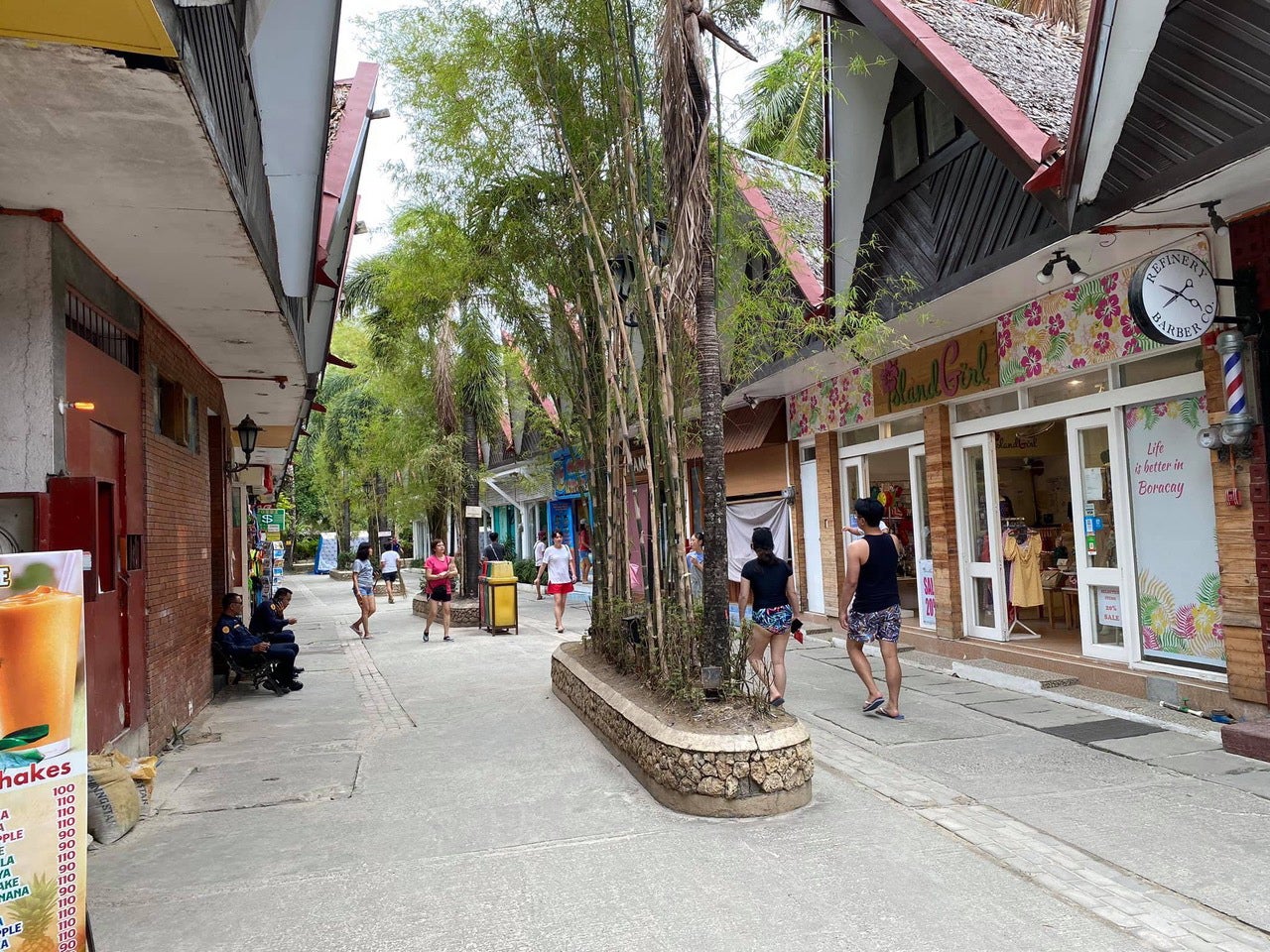 NEAR EMPTY  D’Mall commercial complex on Boracay Island is supposed to be packed with local and foreign tourists at this time of the year but the travel ban and concern over the spread of the coronavirus have kept visitors away from the resort island in Aklan province. —CONTRIBUTED PHOTO

ILOILO CITY, Iloilo, Philippines — Chinese tourists are still arriving on Boracay Island even after President Rodrigo Duterte on Sunday issued an order barring tourists from mainland China and its administrative regions of Hong Kong and Macau to help prevent the spread of the novel coronavirus (2019 nCoV).

The municipal government of Malay in Aklan province, which has jurisdiction over the resort island, said it was monitoring 429 Chinese who do not have symptoms of infection but have been to China within 14 days before they entered the Philippines.

Peter Tay, liaison officer in Boracay of the Chinese Embassy, said 78 tourists from mainland China arrived in Boracay on Tuesday.

“I’m wondering how and why they were able to get into the island. They should not be allowed after the President issued the executive order,”Tay told the Inquirer.

Flights between the capital town of Kalibo in Aklan and Wuhan City in Hubei province in China had also been suspended by airline companies after the Chinese government imposed a lockdown on the city, the epicenter of the outbreak.

“Where are they coming from? We want them stopped at Caticlan (jetty port),”she said.

The Malay council passed a resolution asking acting Mayor Frolibar Bautista to implement a temporary ban on visitors from China.

But the resolution, which was submitted before the President issued his executive order, excludes visitors flying in from Hong Kong and Macau.

Graf said the proposed ban also did not include Chinese nationals already living in the Philippines.

Bautista said they would still deliberate on how to implement the resolution considering that the President had already issued a travel ban with a wider coverage.

Tay said he asked personnel of local hotels why they were still accepting guests from China, but was told that there was no legal basis to turn them down or ask those staying in these hotels to leave.

The Malay government also corrected earlier reports (not in the Inquirer) that 2,000 Chinese, who did not come from Wuhan, were supposedly being monitored on the island in relation to precautionary measures against the spread of the virus.

Bautista said the figure was the total number of tourists who arrived from Jan. 25 to Feb. 3 and only 429 were being monitored because they traveled to China within the past 14 days.

The Chinese tourists entered the Philippines before the travel ban was issued, according to an advisory.