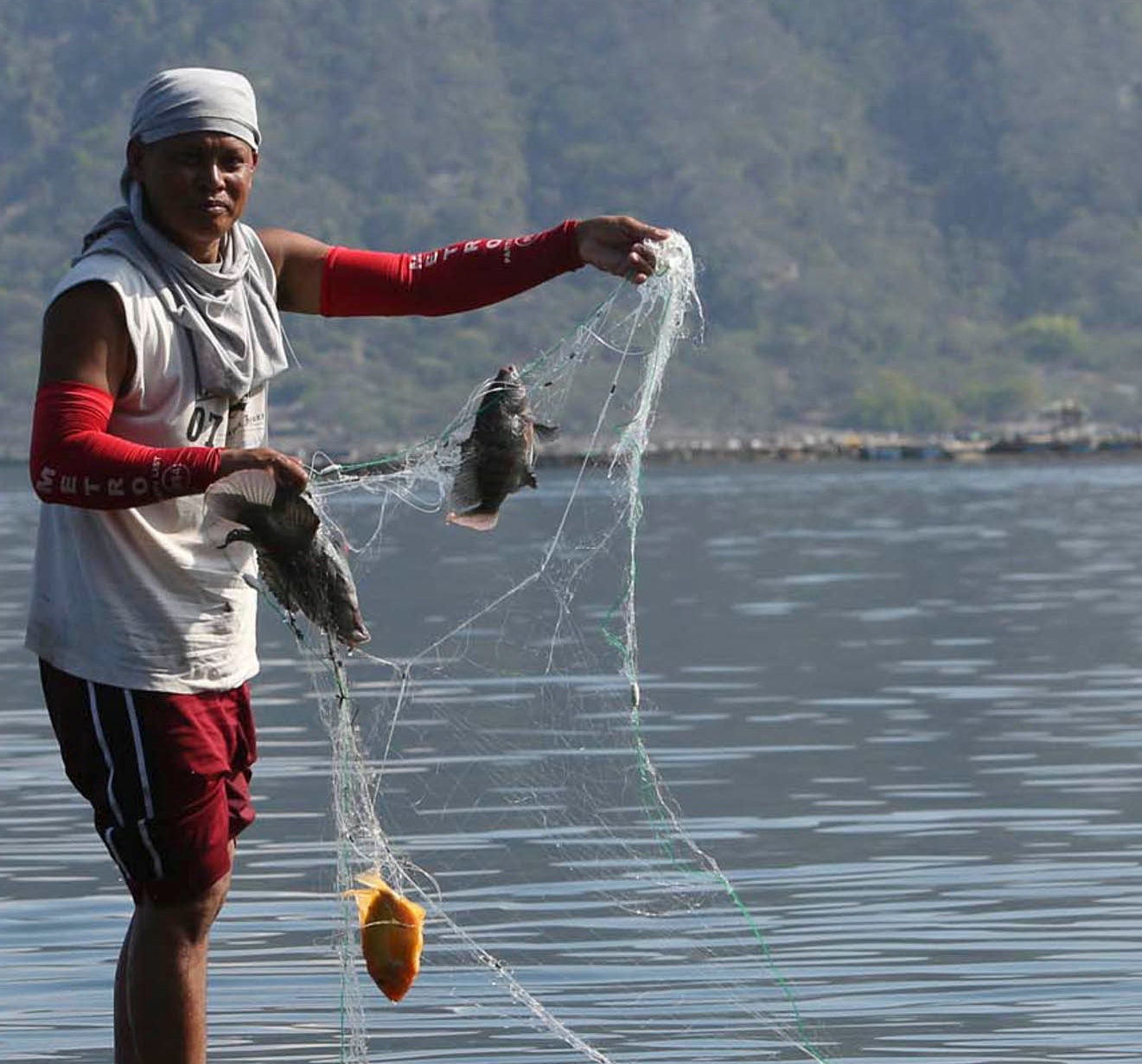 MANILA, Philippines — Aquaculture operators in Taal Lake in Batangas province have been allowed by authorities to tend to their fish cages despite a lockdown imposed within a 7-kilometer radius of the volcano’s crater.

Dar said that  tests conducted by the Bureau of Fisheries and Aquatic Resources during the latter half of January showed that level of dissolved oxygen in the lake had improved and now below critical level.

Tests results also showed that sulfide level was within normal, while ammonia was still within critical level.

Also, the BFAR recommends that fish cage owners do not overfeed the fish to avoid accumulation of toxic ammonia.

The BFAR said tests on tilapia samples from Taal Lake indicated that despite the volcanic eruption, the fish did not ingest much sulfur.

Earlier, the Taal Lake Aquaculture Alliance appealed to authorities to allow its members daily “window hours” when they could tend to their fish cages.

â€¨Mario Balazon, the group’s spokesperson, said about 70 percent of their members’ 6,000 fish cages withstood the eruption. Under normal conditions, these produced an average of at least 50,000 tons of bangus (milkfish) and tilapia yearly.

Read Next
7 charged in ambush of ex-Pangasinan gov, aides
EDITORS' PICK
PH COVID-19 cases near 19K mark, as recoveries breach 4,000
Cherry Mobile teams up with Cloud Panda PH, launches online store
Año vows intensified anti-drug campaign as lockdown eases
South Korea clamps down again as virus rebounds
Senate probe on status of PH internet connectivity amid ‘skyrocketing’ demand pushed
Leveling up your ‘lutong bahay’ with the kitchen companion you never knew you needed
MOST READ
Calida ‘just the lawyer, not the client’ and must ‘never lose his cool’ – Macalintal
7 members of nurse’s family in Laguna catch COVID-19
PH COVID-19 cases near 19K mark, as recoveries breach 4,000
Amid protests, Trump talks of war — and reelection
Don't miss out on the latest news and information.