US, others impose restrictions as novel coronavirus toll spikes further 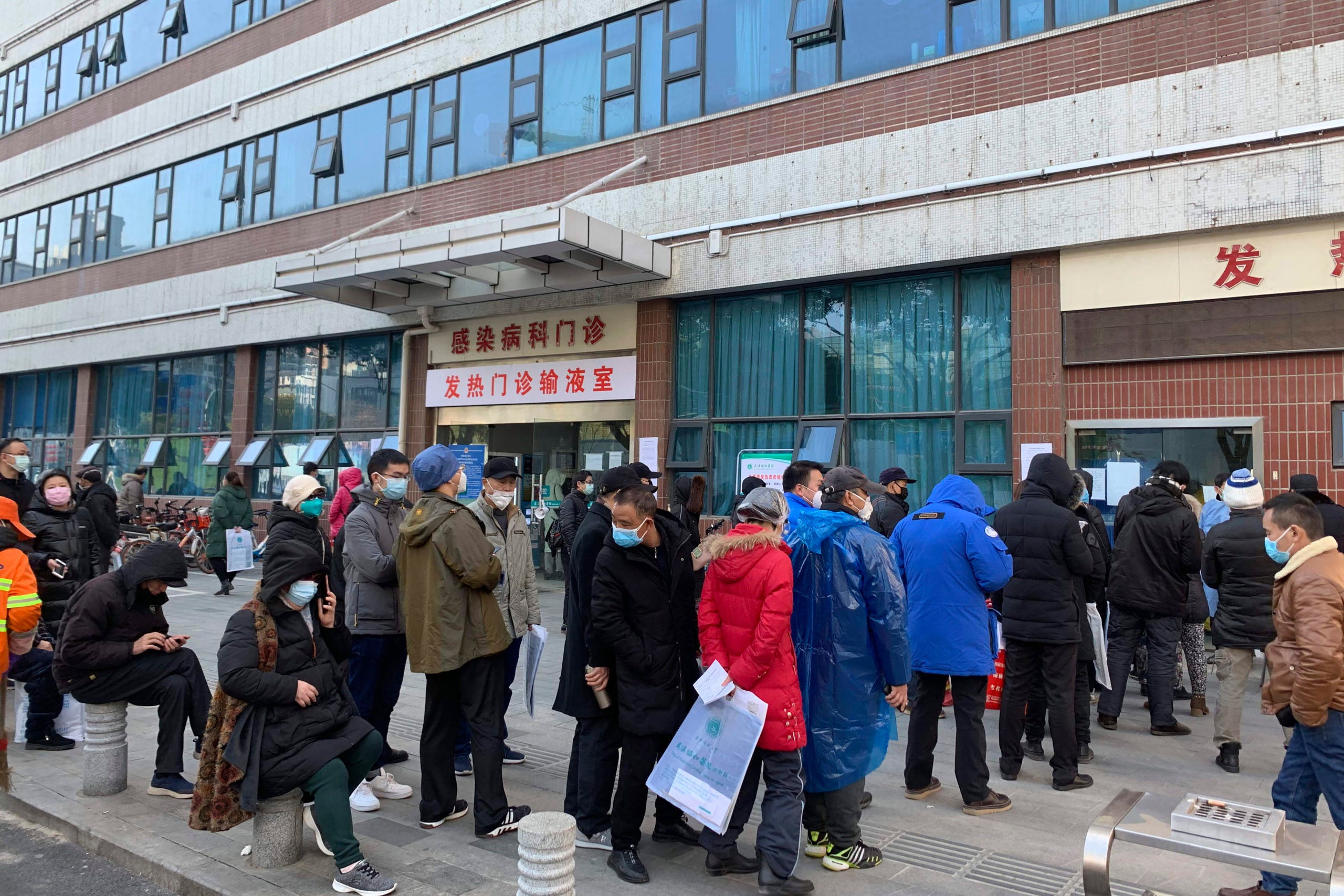 In this Friday, Jan. 31, 2020, photo, people line up outside a fever clinic at Wuhan Union Hospital in Wuhan in central China’s Hubei Province. The United States on Friday declared a public health emergency and took drastic steps to significantly restrict entry into the country because of a new virus that hit China and has spread to other nations. (Chinatopix via AP)

BEIJING  — China reported Saturday 259 people have died of a new virus, which has now infected nearly 11,800, as the United States took drastic steps that will temporarily bar foreign nationals who have traveled in China within the last 14 days.

Americans returning from China will be allowed into the country but will face screening at select ports of entry and required to undertake 14 days of self-screening to ensure they don’t pose a health risk. Those returning from Hubei province, the center of the outbreak, will be subject to up to 14 days of mandatory quarantine.

Beginning Sunday, the U.S. will also begin funneling all flights to the U.S. from China to seven major airports where passengers can be screened for illness.

The World Health Organization has declared the outbreak a global emergency. A public health emergency in the U.S. allows the government to tap additional resources to send to states, such as emergency funding and if necessary drugs or equipment from the national stockpile, and to suspend certain legal requirements.

Japan and Germany also advised against non-essential travel and Britain did as well, except for Hong Kong and Macao. Popular holiday and shopping destination Singapore barred Chinese from traveling there, becoming the first Southeast Asian nation to do so.

On Saturday, South Korea reported its 12th case of the new coronavirus, which appeared to be a human-to-human transmission.

South Korea’s Centers for Disease Control and Prevention said the new patient was a 49-year-old Chinese national who works at a tour guide. He returned to South Korea on Jan. 19 from a business trip to Japan, where he contacted a Japanese citizen who was later tested positive for the virus.

China has placed more than 50 million people in the region under virtual quarantine.

The Dow Jones Industrial Average skidded more than 600 points Friday as the outbreak continued to widen, stoking fears that the travel restrictions and other uncertainties caused by the health emergency in the world’s second-largest economy could dent global growth.

Since China informed WHO about the new virus in late December, at least 23 countries have reported cases, as scientists race to understand how exactly the virus is spreading and how severe it is.

Experts say there is significant evidence the virus is spreading among people in China, and WHO noted with its emergency declaration Thursday it was especially concerned that some cases abroad also involved human-to-human transmission. It defines an international emergency as an “extraordinary event” that poses a risk to other countries and requires a coordinated international response.