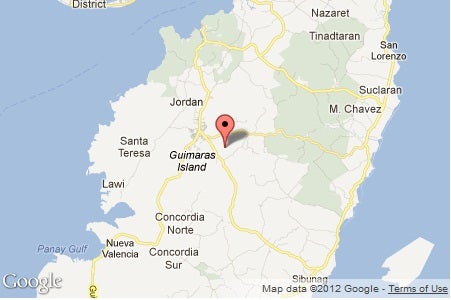 ILOILO CITY—Despite a slump in tourist arrivals after last year’s fatal boat accidents off its shores, the island-province of Guimaras has imposed restrictions on tourists from China and other countries with confirmed cases of novel coronavirus or 2019-nCov infection.

In an executive order issued on Friday, Guimaras Gov. Samuel Gumarin directed the mayors of the province’s five towns to bar the entry and tours of guests without clearance from the Department of Health and Bureau of Quarantine.

Gumarin, in his order, said there was “a need for an immediate action” to protect the island’s residents and agro-ecotourism industry.

In an interview with the INQUIRER, Gumarin, a physician, said tourists from China and those with confirmed cases of infection must secure a clearance that they have not recently traveled to Wuhan City in China and are not exhibiting symptoms of the infection.

The symptoms include fever, cough and shortness of breath.

Incoming tourists will be checked at the four ports of the island as well as beach resorts.

Tourism is a pillar of the economy of Guimaras, known for its pristine beaches and sweet mangoes.

But tourist arrivals have dropped by at least 40 percent in the aftermath of the capsizing of three passenger motorboats at the Iloilo Strait on August 3, 2019 which left 31 passengers dead.

Gumarin said the 586 tourists from China visited the island last year and about 40 this month.

But he said the travel restrictions are necessary. “We cannot compromise the safety and health of our residents,” he said.