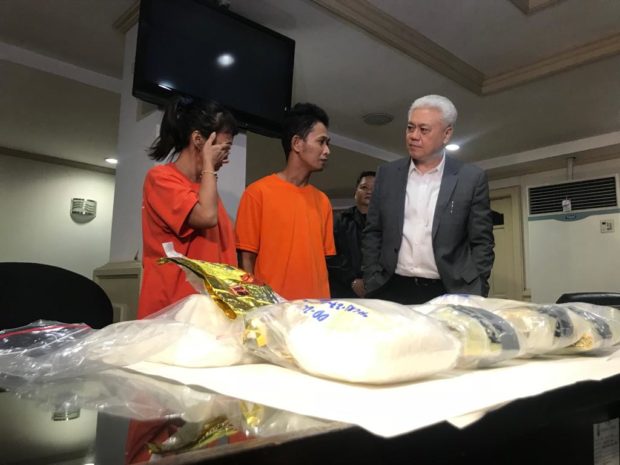 MANILA, Philippines — Around 10 kilograms of methamphetamine hyrdrochloride or shabu worth P68 million concealed in Chinese tea bags were seized by agents of the National Bureau of Investigation (NBI) in Bacoor City, Cavite.

NBI Director Dante Gierran said Thursday that the illegal drugs were found in a red Mitsubishi Lancer. He identified the suspects arrested in the operation launched on Monday as Reynaldo Cordero and Irene Biazon, both residents of Pasay City.

According to Gierran, NBI agents received intelligence information that the drugs will be transported somewhere in Bacoor and Imus City in Cavite which prompted them to launch the operation.

The agents then positioned themselves in Barangay Lotus Bukid in Panapaan 4 in Bacoor City where the vehicle carrying the prohibited drugs was expected to traverse.

The agents then spotted the vehicle and immediately arrested the two suspects who were inside the vehicle. The driver, however, evaded arrest.

The suspects, who claimed they were set up, were turned over to the NBI Forensic Chemistry Division for drug testing and post-processing procedures, while the confiscated evidence was also submitted to the same office for examination.