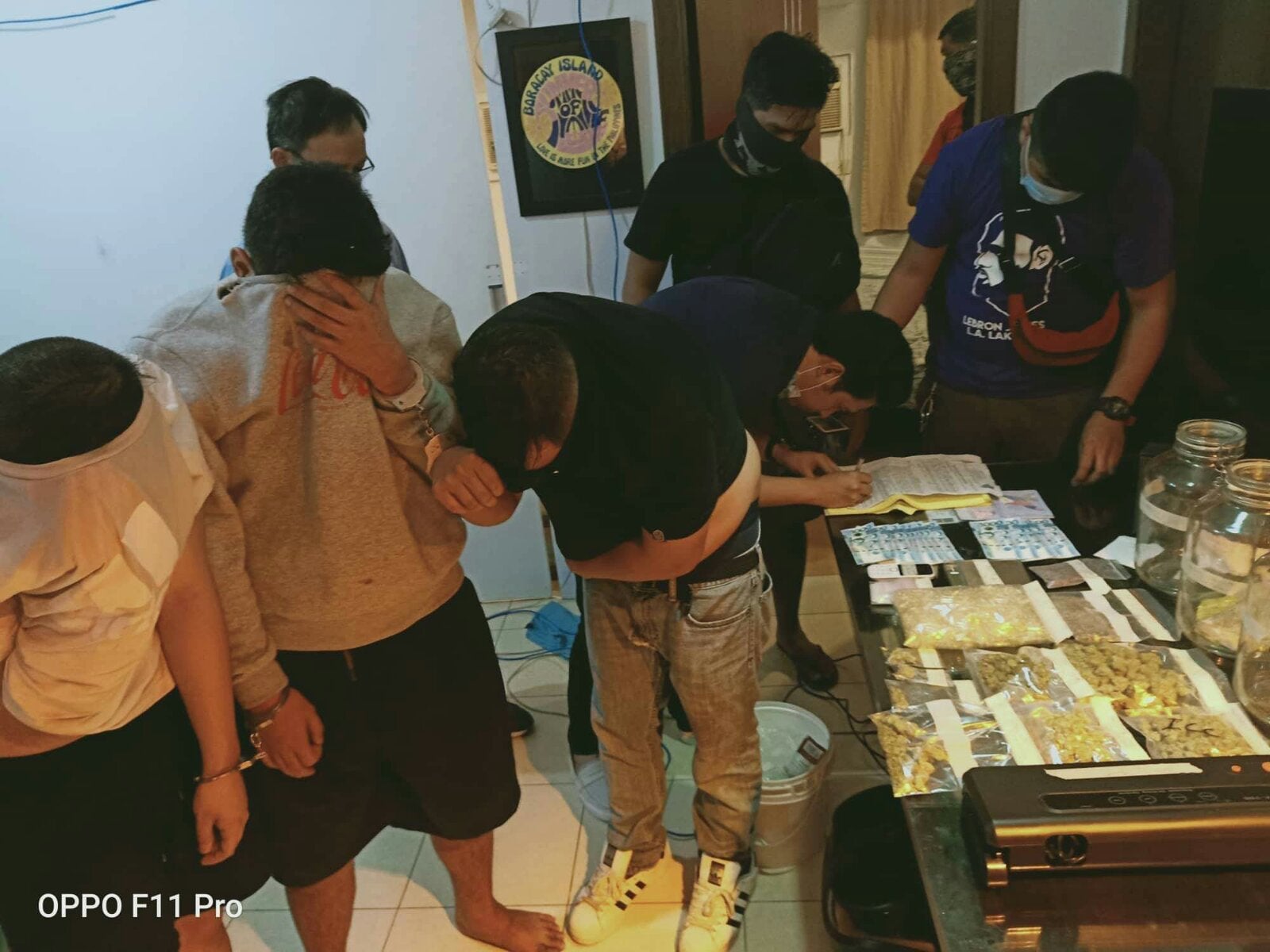 Taguig police arrested three suspects, who are on the list of “street value targets” for possession of over P700,000 worth of party drugs on Jan. 29. /NCRPO PIO

MANILA, Philippines —Party drugs worth lmost P700,000 party drugs were from three men during a raid on a condominium unit in Taguig City on Wednesday morning, police said.

In a report from National Capital Region Police Office, the three arrested suspects who are included in the “street value target list” were identified as Reggie Raphael Galang, 28, Joshua Cuanzon, 31, and Yuan Marc Mendoza, 19.

The operation was conducted by elements of the Station Drug Enforcement Unit under Cpt. Ariel Ilagan along Shell C5 in Barangay Ususan at 1:45 a.m.

Police confiscated 177 grams of “kush” valued at P212,000 and 89.85 suspected ecstasy powder worth P476,205 which were turned over to Southern Police District Laboratory for evaluation.

Aside from the illegal drugs, also seized were weighing scale; cellphone; vacuum sealing machine; cash worth P10,000; and marked money valued at P5,000.

The suspects are currently detained at Taguig Custodial Jail while they face pending charges for violation of the Comprehensive Dangerous Drugs Act of 2002.

Read Next
Councilor seeks moratorium on hiring of Pogo workers in QC
EDITORS' PICK
10 Filipinos positive for COVID-19 in UK, 7 in Ireland — envoy
Nograles: Cabinet members to donate 75% of monthly salary to aid COVID-19 fight
Quick chat with Nicole Andersson: ‘You really don’t need much to be happy’
IATF to LGUs: Issue ordinances vs attacks on frontliners, COVID-19 patients
Diokno to Duterte: OK to make fun of buck tooth, but focus on people’s needs first
Robredo spox thanks Duterte for defending VP’s efforts vs COVID-19
MOST READ
Coronavirus hotbed Rizal to shut borders on April 6
Gov’t mulling quarantine period extension of 15-20 more days
ADB warns PH against prolonged lockdown
Sotto on Isko Moreno’s call: We do our job without the media following our every move
Don't miss out on the latest news and information.