WHO says still probing if Chinese virus can spread before symptoms 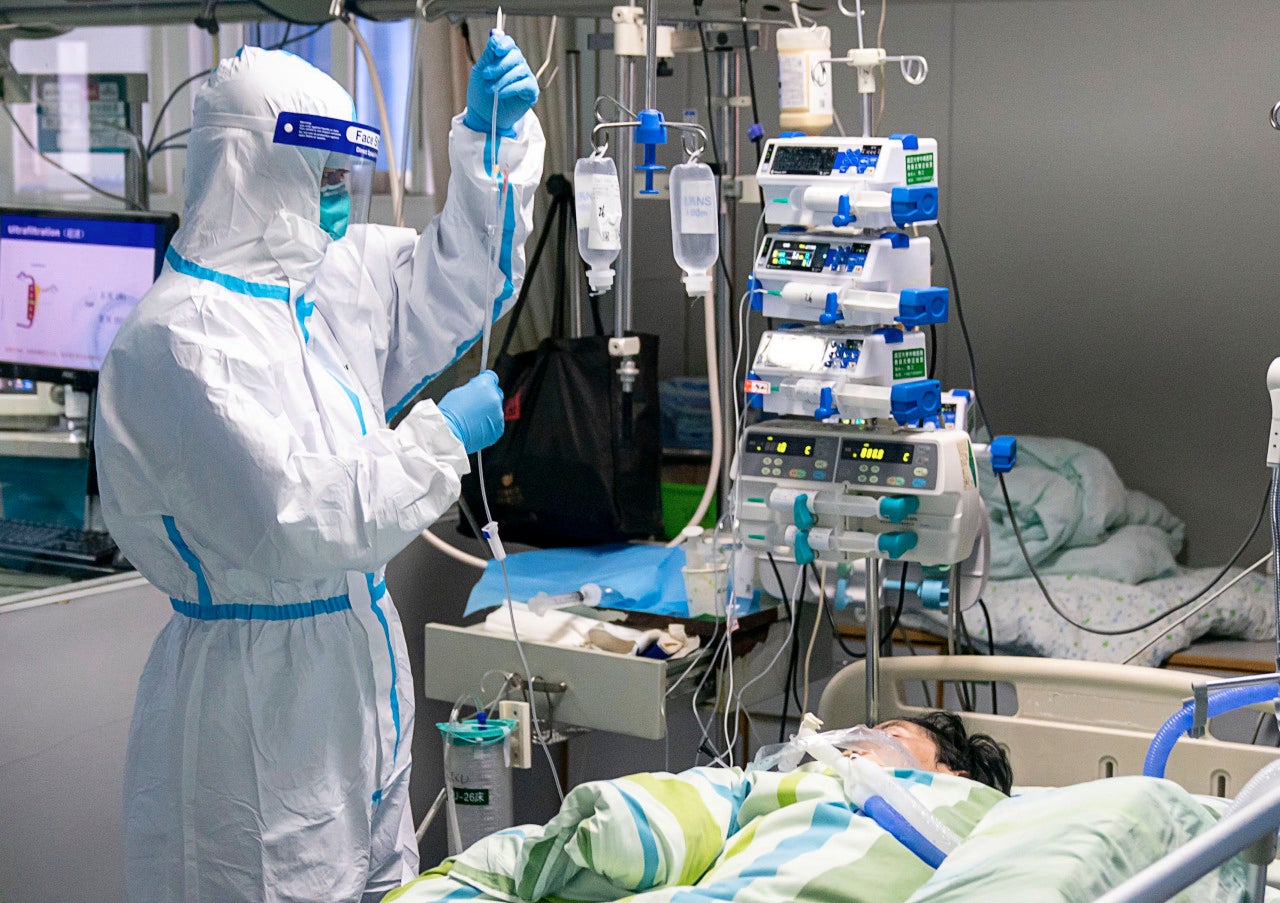 A patient with infected with the new strain of coronavirus is under treatment at a hospital in China. (Yonhap)

GENEVA–The World Health Organization has said it remained unclear if the deadly coronavirus spreading in China and beyond is contagious during its incubation period, before symptoms appear.

The virus, which can cause a pneumonia-like acute respiratory infection, has in a matter of weeks killed more than 80 people and infected some 2,740 in China, while cases have been identified in more than a dozen other countries.

In a fresh report on the new virus, known as 2019nCoV, the UN health agency said current estimates put the incubation period for the virus at between two and 10 days.

“Understanding the time when infected patients may transmit the virus to others is critical for control efforts,” WHO said.

It did not immediately confirm assertions made by Chinese authorities that people who are infected can spread the disease before they show any symptoms of fever or respiratory difficulties.

“Detailed epidemiological information from more people infected is needed to determine the infectious period of 2019nCoV, in particular whether transmission can occur from asymptomatic individuals or during the incubation period,” it said.

WHO last week stopped short of declaring the outbreak a public health emergency of international concern — a rare designation used only for the worst outbreaks that would trigger more concerted global action.

But the world body admitted Monday it had made an error in its risk assessment for the deadly virus in several reports last week, acknowledging the global risk was “high” rather than “moderate”.

The virus has caused global concern because of its similarity to Severe Acute Respiratory Syndrome (SARS), which killed hundreds across mainland China and Hong Kong in 2002-2003 and was also traced to the wild game trade.

The new virus is believed to have jumped to people from animals in a Wuhan market, but it has since begun spreading between humans, although the exact mode of transmission has yet to be confirmed.

As with SARS and another deadly coronavirus known as Middle-East Respiratory Syndrome, or MERS, WHO suggested that the new virus could be spreading through droplets, for instance when people sneeze or cough, or through direct contact with infected people or with objects they have touched.

To reduce the risk of infection, WHO stressed the need to avoid close contact with people suffering from acute respiratory infections, frequently wash one’s hands, and avoid unprotected contact with farm or wild animals.

The agency also stressed the importance of practicing so-called cough etiquette, including maintaining distance and covering coughs and sneezes with tissues.

WHO has not recommended any international travel or trade restrictions, but does call for high levels of vigilance, including encouraging airport exit and entry screening for passengers leaving affected areas to check for fever and coughs.