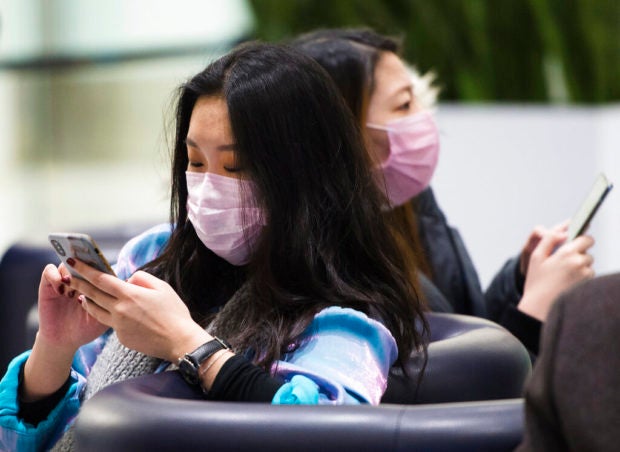 People wear masks following the outbreak of a new virus as people arrive from the International terminal at Toronto Pearson International Airport in Toronto on Saturday, Jan. 25, 2020. A Toronto hospital said Saturday it has a confirmed case of the deadly virus from China, Canada’s first. AP

China has confirmed more than 4,500 cases of a new virus, with 106 deaths. Most have been in the central city of Wuhan where the outbreak began in December. More than 45 cases have been confirmed in other places with nearly all of them involving Chinese tourists or people who visited Wuhan recently.

Some details on cases confirmed as of late Tuesday morning Beijing time:

— China: 4,515 cases on the mainland, with 1,771 of those newly confirmed in the 24 hours through midnight Monday. In addition, Hong Kong has eight cases and Macao has five. Nearly all of the 106 deaths have been in central Hubei province, but the new total includes the first death in Beijing.

— United States: 5, 2 in southern California and 1 each in Washington state, Chicago, and Arizona.