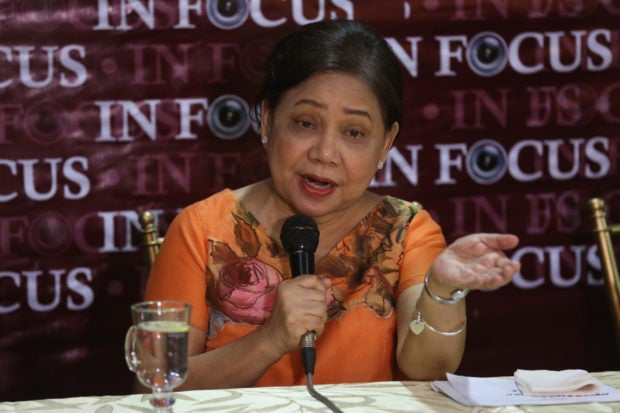 Two agencies tasked with promoting milk production in the country got Sen. Cynthia Villar’s goat. Villar on Monday blamed the Philippine Carabao Center (PCC) and the National Dairy Authority (NDA) for the lack of affordable milk in the country, which she said contributed to the poor academic performance of Filipino students.

“Ninety-nine percent [of milk] is all imported. If a child is poor, can he buy imported milk? No. This is why poor kids don’t drink milk,” she said.

“That’s why you’re partly to blame for the dumbness of children,” added the senator, who chairs the agriculture committee. “Children are made to drink milk so that they would be smarter.”

Villar said this was also the reason Filipino students ranked second lowest in math and science in the Program for International Student Assessment (Pisa), which compares 15-year-olds across countries.

In reading comprehension, Filipino students fared worst among 79 countries and regions, according to the 2018 Pisa results.

Villar went on to rail against an unnamed PCC official who had tried to use the budget to buy a vehicle for the inspection of dairy farms.

She lashed out at agriculture executives for contributing to the poor brain development of many students.

At a hearing on several bills that would put up instructional gardens in schools and to introduce urban agriculture and farming to students, she said students’ dismal performance was not only due to bad instruction but also to poor nutrition.

Villar bewailed the poor implementation of the Department of Education’s “Gulayan sa Paaralan” program in which public schools are encouraged to establish gardens to ensure vegetable supply for the school-feeding program.

Only few schools were adopting the program, she said.

“I guess you have to change this. That’s why your students are becoming dumb, because you’re not helping them get proper nutrition,” said Villar. INQ