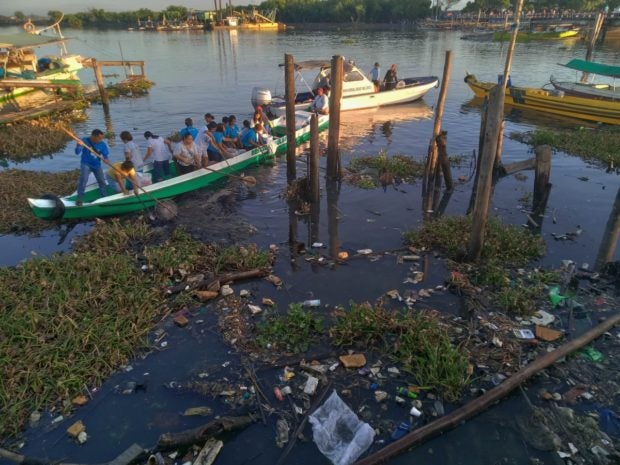 The rivers that connect to the bay navigate the provin­ces of Bulacan, Pampanga and Bataan.

Bulacan has a 43.3-km coastline traversing Obando and the towns of Paombong, Bulakan and Hagonoy, as well as the City of Malolos.

A notable increase in fishermen’s aquaculture catch proves that Bulacan’s waters have improved, according to Obando Mayor Edwin Santos.

Obando is part of the Meycauayan-Marilao-Obando River System (MMORS) that has been described as one of the top 30 dirtiest rivers in the world.

The town is the catchment area for waste carried down by rivers and tributaries from Rizal province, the cities of Quezon and Caloocan in Metro Manila, the Bulacan city of San Jose del Monte and its neighboring towns of Sta. Maria, Bocaue and Bulakan.

“There used to be countless water lilies here and garbage was visible at our waters. But now, garbage has been reduced by half because of the daily cleanup we and the Department of Environment and Natural Resources (DENR) have been undertaking,” Santos said.

The Obando government has enforced a strict antipollution ordinance and has begun improving the septage system of Barangay Salambao to reduce wastewater that is discharged into the bay area.

Training programs have also been put up for the local production of paper packages in order to eliminate single-use plastic bags, Santos said.

In 2019, the DENR inspected 675 factories along the MMORS and issued cease-and-desist orders to 57 of these manufacturing plants and notices of violation to 110 firms, said Emelita Lingat, DENR Bulacan provincial director.

“The mission impossible to clean up Manila Bay is now a mission possible,” Moreno said. The Manila Bay cleanup complies with a 2016 writ of mandamus issued by the Supreme Court to make the bay fit for fishing and swimming. —CARMELA REYES-ESTROPE INQ