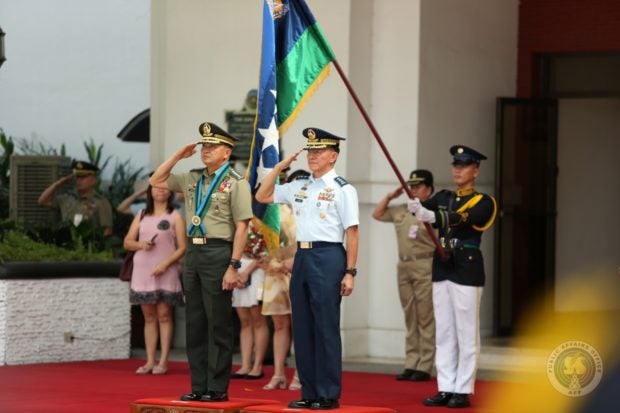 MANILA, Philippines — Armed Forces of the Philippines chief of staff Felimon Santos Jr. has been promoted from Lt. General to General, around three weeks after assuming the military’s top post.

He took over the AFP leadership on Jan. 4 and his ad interim appointment was approved on Jan. 14. Santos is scheduled to retire on August 3 this year when he reaches the compulsory retirement age of 56.

Military honors were accorded to the AFP chief at the General Headquarters canopy after the donning ceremony, Zata said.

During his term as AFP chief, the veteran intelligence officer Santos said he would focus on ending local armed conflict.