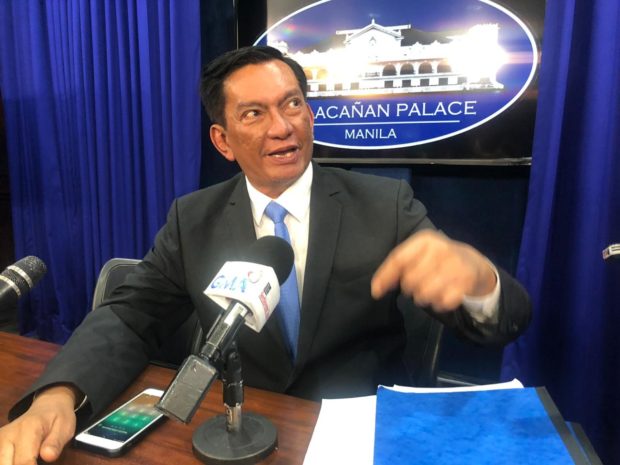 The report, published by Forbes Magazine, cited the 2019 Corruption Perceptions Index which showed the Philippines drop to 113th place in the list of least corrupt nations out of 180 countries.

But Salceda, who chairs the House committee on ways and means, debunked the article and boasted the government’s efforts to get rid of corruption—particularly private corporation corruption.

“Onerous deals between government and private entities are now being exposed and renegotiated, to promote the public interest,” he added.

Salceda also took note of the actions of the government towards “corruption-riddled agencies” such as the National Food Authority (NFA), the Road Board, and the Quedan and Rural Credit Guarantee Corporation (Quedancor).

The lawmaker further blasted the report which stated that “the rising corruption means that President Duterte’s anti-corruption rhetoric that helped him grow in power was just that—rhetoric.”

Salceda said the report also concluded that the government is keeping Filipinos poor, which the lawmaker called the “boldest and most misguided conclusion.”

While admitting that the Philippines have yet to reach its growth potential, Salceda said that “this is the first time that they are witnessing a government with the political will to meaningfully address” the issues of poverty and unemployment.

“The article portrays the country as an oppressed nation with an ineffective and possibly corrupt leader when the same leader is enjoying record-high popularity from the only people whose opinions of his government matter to him – the Filipino people,” Salceda said.

“There’s a simple reason: every new regime uses the old mechanisms, which they had confronted before rising in office, to advance its interests rather than the interests of the masses,” the report stated.

For Salceda, the report also “grossly simplifies Philippine foreign policy as a surrender of the country’s sovereignty.”

According to the report: “Meanwhile, the faltering democratic institutions under Duterte has undermined the country’s image abroad, and given President Duterte a free hand to flip-flop on foreign policy.”

“His South China Sea policy flip-flops, for instance, have distanced the Philippines from its old friends and allies. And have weakened the country’s sovereignty by Beijing, as was discussed in previous pieces here,” the report added.

But in an interview with reporters in Quezon City, Salceda said the believes the position of the country in the foreign landscape is rather “balanced.”

(Before, we were too close with the US. We were too anti-China. For me, I cannot say that we’re too pro-China right now because I can see in the behavior of our institutions that we are just balanced with everyone who we can be partners in terms of national development.)

“The President has shown a steady commitment to completing his ambitious socio-economic agenda for the Filipino people. No misinformed article can stop him from this accomplishment,” Salceda concluded in his aide-memoire.