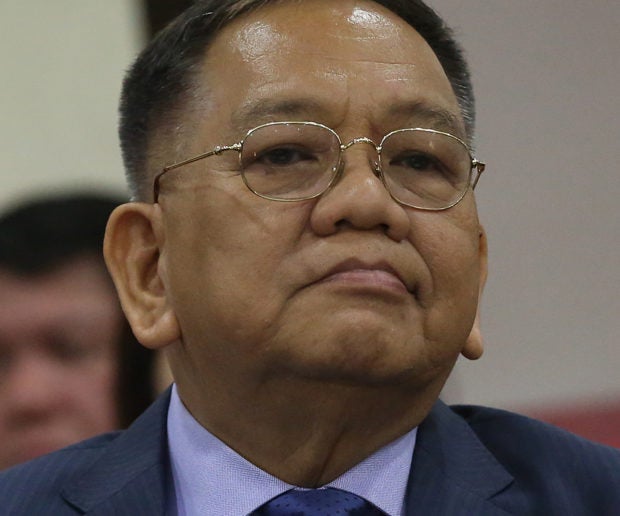 BAGUIO CITY — The country’s municipal and metropolitan courts have been performing “beyond expectations” in its work of disposing of 15,000 to 17,000 cases a month and Chief Justice Diosdado Peralta wants them to handle more cases.

Most of these cases involve small claims, mediation, and trials sped up by plea bargain agreements and the Chief Justice suggested that it may be the right time to grant the country’s first-level courts jurisdiction over some criminal cases. Peralta said during a convention of the Integrated Bar of the Philippines here on Friday that second-level courts, or the regional trial courts, have been “burdened with too many criminal cases especially those involving illegal drugs cases” and some of these should go to first-level courts.

After assuming office Oct. 23 last year, the Chief Justice espoused the elimination of the case backlog as the top item in his reform agenda and proposed an increase in the volume of cases handled by municipal and metropolitan trial courts.

Peralta sought to increase the threshold of civil claims handled by lower courts from a ceiling of P400,000 in Metro Manila and P300,000 outside the area to P2 million. The proposal is being studied by Congress.

Aside from eliminating the court backlog, Peralta also envisioned amendments to rules on evidence to guarantee speedy trials, and outfitting courts with technology like video conferencing to allow dangerous felons and suspected terrorists to attend their trials from their jail cells.

Peralta also updated lawyers on the formation last year of the Judicial Integrity Board (JIB) and the Corruption Prevention and Investigation Office (CPIO) which were created in 2018 when the Supreme Court amended Rule 140 of the Rules of Court.

The JIB was tasked to act on complaints against erring justices, judges and court personnel while the CPIO would conduct a periodic lifestyle check on the country’s magistrates.

The Chief Justice said the high court was harmonizing the boards’ functions because they would require the reassignment of some powers currently exercised by the Office of the Court Administrator, now held by Justice Midas Marquez.

The board will have no jurisdiction over the high court, Peralta said, adding that “the SC cannot investigate itself. That is the jurisdiction of Congress. We can be removed by impeachment but sometimes through quo warranto,” referring to the ouster of former Chief Justice Maria Lourdes Sereno in 2018.

He also expressed concern at the pace of resolving the murder of lawyers and judges, particularly the fatal shooting of La Union Judge Mario Anacleto Bañez in November, and said Congress had agreed to fast-track the creation of a marshal service to secure justice halls in the country. INQ