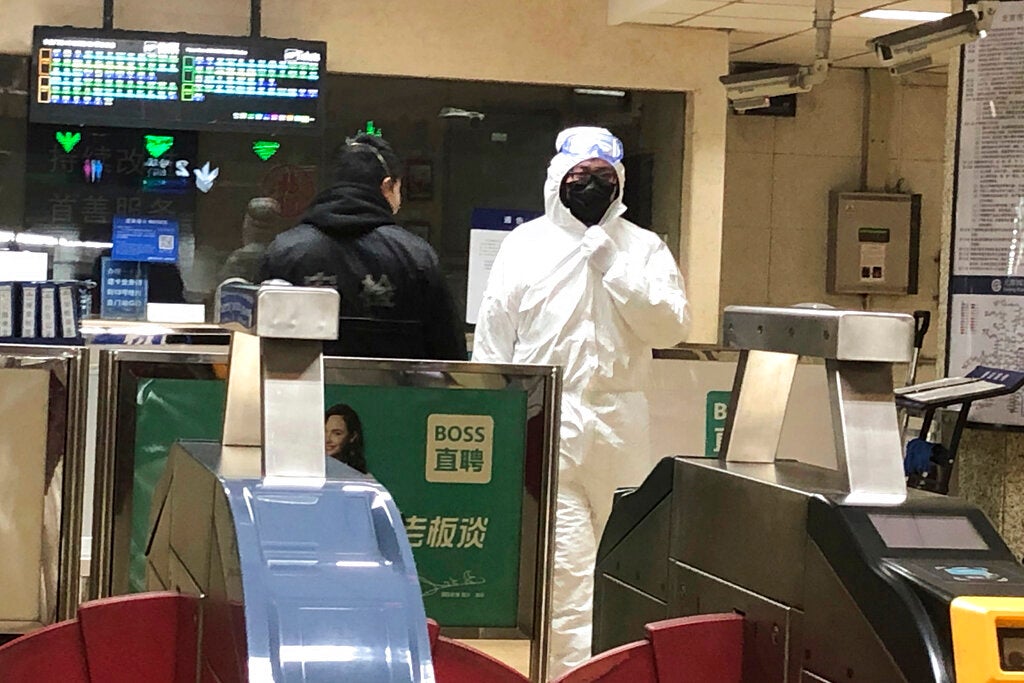 A security officer wears a hazardous materials suit at a subway station in Beijing on Friday. (AP)

More than 1,200 cases of a new viral respiratory illness have been confirmed in China and elsewhere since an outbreak began last month in the Chinese city of Wuhan. Scientists have identified the illness as a new kind of coronavirus.

Coronaviruses are a large family of viruses, some of which cause the common cold. Others have evolved into more severe illnesses, such as SARS and MERS, although so far the new virus does not appear to be nearly as deadly or contagious.