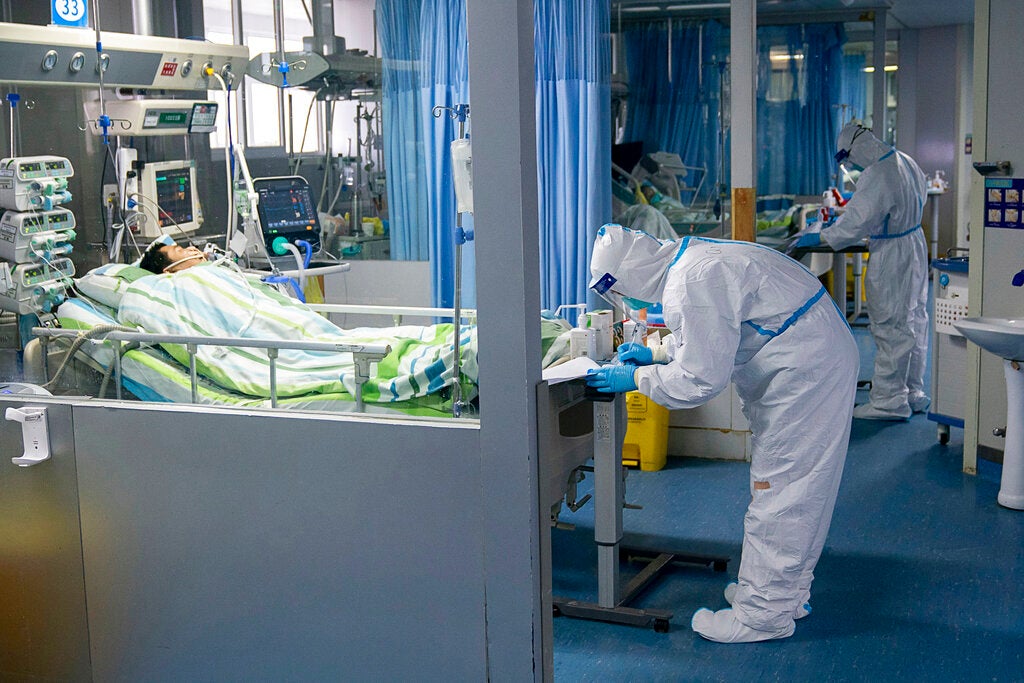 A medical worker attends to a patient in the intensive care unit at Zhongnan Hospital of Wuhan University in Wuhan in central China’s Hubei Province. (Xinhua via AP)

WUHAN, China–The number of confirmed deaths from a deadly viral outbreak in China has risen to 41, with authorities on Saturday reporting 15 new fatalities and more than 1,000 people now infected.

All of the new deaths took place in the provincial capital of Wuhan, the city of 11 million where the deadly respiratory contagion first emerged, the Hubei Health Commission said.

Wuhan and 13 other cities in the province have been locked down in an unprecedented quarantine effort aimed at containing the deadly respiratory contagion, which has spread nationwide and to several other countries.

The health commission also reported 180 new cases overall in the province, 77 of them in Wuhan but the bulk of the rest spread out across the locked-down smaller cities.

Several of those cities were reporting their first cases of the pathogen — 2019 Novel Coronavirus (2019-nCoV) — the commission said.

Those numbers will add to the 830 confirmed cases of infection nationwide, which was reported in the central government’s latest tally released on Friday.

The previously unknown virus has caused global concern because of its similarity to SARS (Severe Acute Respiratory Syndrome), which killed hundreds across mainland China and Hong Kong in 2002-2003.

It also has struck at possibly the worst time for China, when hundreds of millions of people are travelling across the country or overseas to celebrate the Lunar New Year holiday, China’s most important festival.