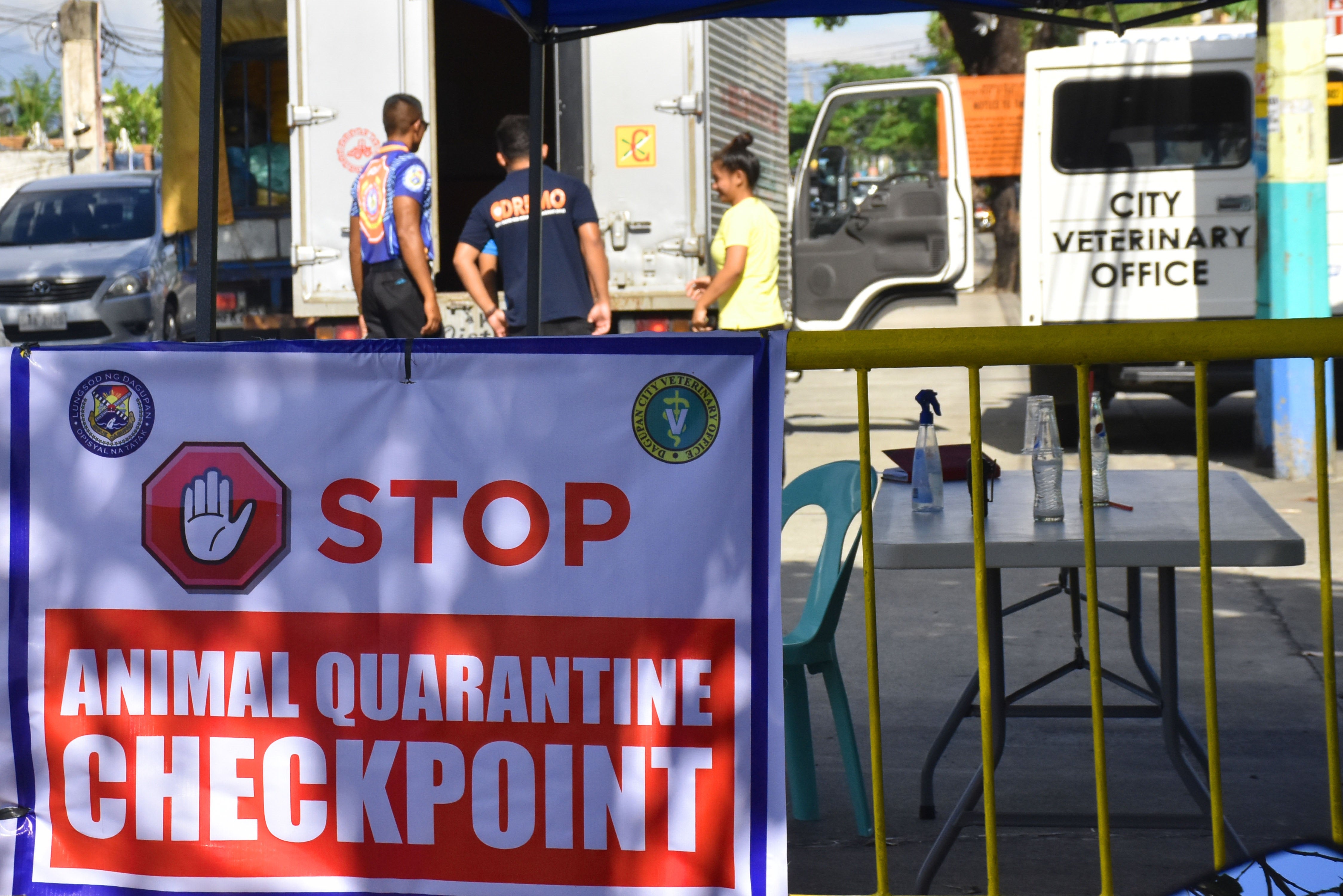 BAGUIO CITY—Tabuk City in Kalinga province has started implementing quarantine procedures after tests have confirmed that the African swine fever (ASF) has spread to a mountain community there where pigs are valuable for ritual gatherings.

Some villages in Tabuk had secured uninfected pigs, some of which would be slaughtered for the Kalinga Day celebration on Feb. 14 to mark the province’s separation from neighboring Apayao province, said Cameron Odsey, director of the Department of Agriculture (DA) in Cordillera.

Some backyard raisers reported hog deaths since November. Heraldo Caddumlay, a hog farmer in Tabuk, said 29 of his pigs had died in the last two months that cost him P500,000 in profit losses.

Because of cultural sensitivity, the DA had kept details about the infection confidential, but Odsey said as many as 5,000 hogs were raised in Tabuk and were under strict monitoring.

In Pangasinan province, the slaughterhouse in Binmaley town was shut down as the municipal council placed the entire town under a state of calamity due to the ASF infestation, said Mayor Simplicio Rosario.

Municipal agriculture officer, Fernando Ferrer, said the declaration would allow the local government to use the calamity fund to put up quarantine checkpoints in affected areas and stop the spread of the disease.

At least 328 hogs at Barangay Linoc and San Isidro in Binmaley had been culled after blood samples were tested positive for ASF.

Ferrer said around 50 hogs had died at Barangay Caloocan Sur, also in Binmaley, in the past days, prompting government veterinarians to conduct blood sampling to determine if they died due to ASF.

The other Binmaley villages of Poblacion and Canaoalan are on lockdown since these are within the 1-kilometer radius of the infected backyard piggery in Linoc.

In Dagupan City, blood samples of 30 pigs from Barangay Carael had also been tested positive for ASF, said Dr. Michael Maramba, the city veterinarian. He said six pigs died at Barangay Carael on Jan. 14 and Jan. 15.

The ASF task force in Pangasinan also culled 227 hogs in Malasiqui town, where authorities said the infected animals could have come from Binmaley.

Unless importation of pork and processed pork products is stopped, the ASF infestation will not stop, according to Rosendo So of the Samahang Industriya ng Agrikultura. —REPORTS FROM VILLAMOR VISAYA JR., YOLANDA SOTELO AND VINCENT CABREZA