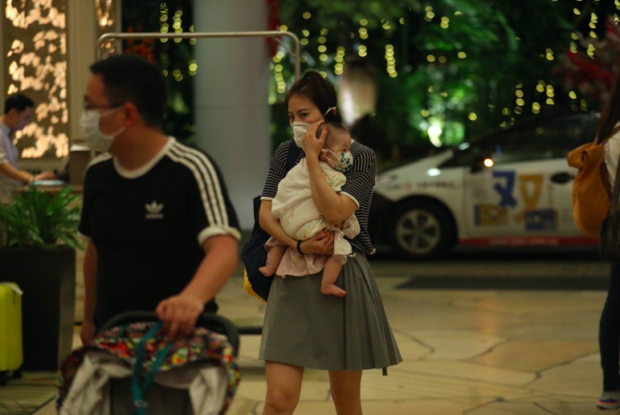 SINGAPORE — A Chinese had been tested positive for the novel coronavirus in Singapore, with another likely to have the virus.

The 66-year-old man, a Wuhan resident, arrived in Singapore with nine traveling companions on Monday (Jan 20), and stayed at Shangri-La’s Rasa Sentosa resort, the Ministry of Health (MOH) said at a briefing on Thursday night (Jan 23).

A 53-year-old woman, also a Chinese national but not traveling with the group, has come up positive in preliminary tests, which are awaiting confirmation.

In addition, the man’s son, 37, is a suspected case and has also been warded, while his other eight traveling companions have left Singapore. MOH said it has contacted the authorities of their destination country.

However, there was no evidence that the virus had spread to anyone here, the ministry said.

After widening the net to include screening of temperatures of all air travelers from China, the number of suspected cases in Singapore has increased.

The ministry said that in total, it has had 28 suspected cases aged one to 78 years. Seven people have been cleared.

“All measures will be taken to contain its possible spread,” said the ministry’s director of communicable diseases, Associate Professor Vernon Lee.

More cases are expected, he added, given the large number of cases in China and high travel volume from the country to Singapore.

As for the first case here, he had already been isolated and was no longer a risk to the public, he stressed.

“There’s no need for general public to panic or do any special measures.”

Close contacts of confirmed cases will be quarantined.

On Thursday, as part of measures to shore up defenses against the virus, the newly-formed multi-ministry task force met for the first time, and decided to enhance border control and intensify border screening.

This will be expanded to land and sea checkpoints by Friday morning.

The virus, now known as 2019-nCoV, can now be passed on from person to person, has already killed 17 people and infected at least 540 throughout China, with cases also surfacing in Taiwan, Japan, Macau, Thailand, Vietnam and the United States.

The Chinese health authorities have so far been unable to determine the origin of the virus but they say the new virus, which has no vaccine, is mutating and spreading.

Infections are expected to spike over the Chinese New Year weekend as a large number of travelers travel to and from, as well as within, China.

The MOH on Thursday night also expanded its travel advisory, saying that Singaporeans should avoid travel to the whole of Hubei Province, in the light of the travel restrictions that China has imposed on the Hubei cities of Huanggang and Ezhou.

Earlier in the day, the ministry urged people to avoid traveling to Wuhan only. Wuhan is also in Hubei province.

The ministry also advised Singaporeans to continue to exercise caution and pay attention to personal hygiene when traveling to the rest of China.

The MOH has said that all travelers should monitor their health closely for two weeks upon return to Singapore and seek medical attention promptly if they feel unwell. They should also inform their doctors of their travel history.

The ministry has also advised people not to travel to Wuhan, the epicenter of the outbreak.

It has asked travelers to avoid contact with live animals and the consumption of raw or undercooked meats, and to observe good personal hygiene.

Temperature screening at Changi Airport was expanded to cover all inbound travelers on flights arriving from China since Wednesday.