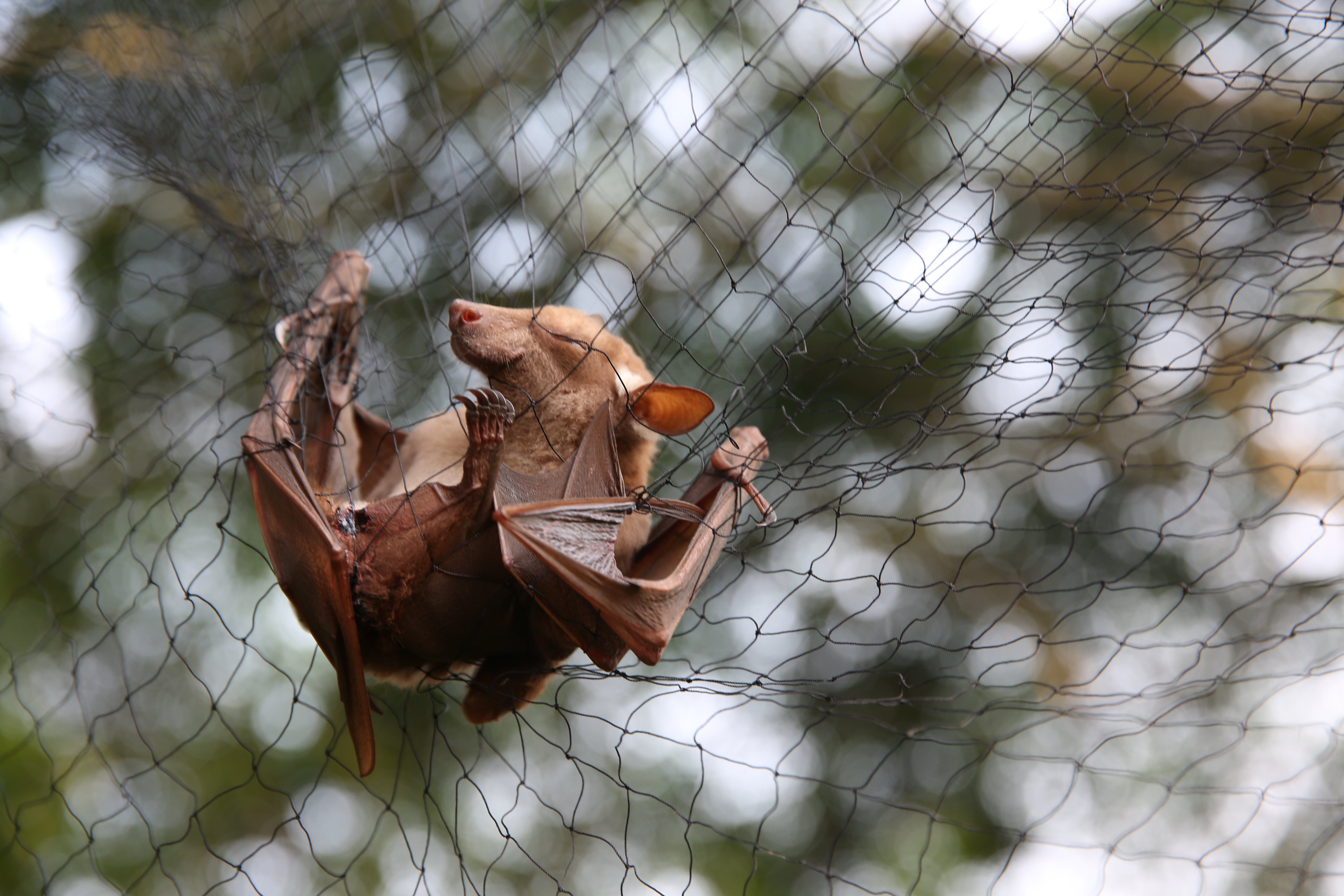 Bats are trapped in nets to be examined for possible viruses at the Franceville International Centre of Medical Research is seen in Franceville in Gabon. (AFP)

BEIJING–A new strain of coronavirus that emerged in China may have originated in bats or snakes, according to genetic analysis of the virus that has so far killed 17 people.

The theories are based on examination of the genome sequence of the virus released by authorities in the wake of the outbreak, with two studies pointing to the likely role of bats in the outbreak.

One study, published Tuesday in the journal Science China Life Sciences, which is sponsored by Beijing’s Chinese Academy of Sciences, looked at the relations between the new strain and other viruses.

It found the coronavirus that emerged from China’s Wuhan was closely related to a strain that exists in bats.

“Bats being the native host of the Wuhan CoV (coronavirus) would be the logical and convenient reasoning, though it remains likely there was intermediate host(s) in the transmission cascade from bats to humans,” the researchers from several institutions in China wrote in the paper.

That study did not speculate about which animal could have been an “intermediate host,” but a second study published Wednesday in the Journal of Medical Virology identifies snakes as the possible culprit.

“To search for (a) potential virus reservoir, we have carried out a comprehensive sequence analysis and comparison. Results from our analysis suggest that snake is the most probable wildlife animal reservoir,” the paper says.

The researchers caution that their conclusions require “further validation by experimental studies in animal models”.

Neither study explained how the virus may have been transmitted from animals to humans.

But they could offer clues to Chinese authorities as they hunt for the source of the outbreak that has sickened hundreds of people in the country and has been confirmed as far afield as the United States.

Gao Fu, director of the Chinese center for disease control and prevention, said in Beijing on Wednesday that authorities believe the virus likely came from “wild animals at the seafood market” though the exact source remains undetermined.

Many exotic species are still widely consumed in China or other Asian countries where they are considered a delicacy — like the civet or some rats or bats — or for purported health benefits unproven by science.