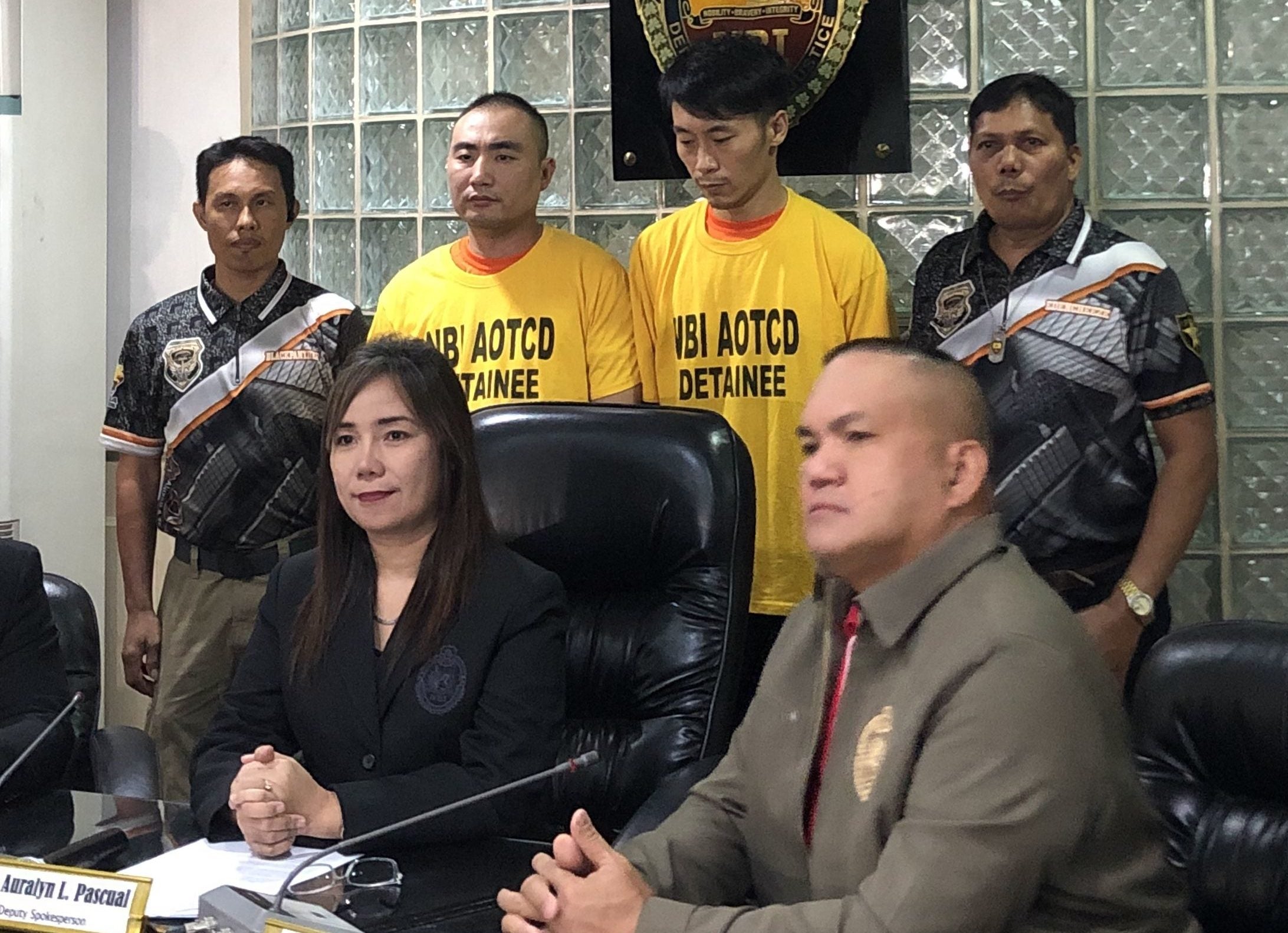 SEX TRAFFICKING SUSPECTS Zhang Lian Wei (standing, second from left) and LiWuTao (third from left) were arrested on Jan. 15 for running a prostitution den at a hotel in Makati City for at least two years. —MEG ADONIS

A group of Chinese nationals running a prostitution den inside a four-star hotel in Makati City had solicited clients by distributing lighters bearing their contact number.

Through this low-key method, the group managed to operate for at least two years without attracting the attention of authorities until last week.

Based on a tip, agents of the National Bureau of Investigation’s Anti-Organized and Transnational Crime Division (AOTCD) raided the hotel on Makati Avenue on Jan. 15 and arrested two Chinese men identified as Li Wu Tao and Zhang Lian Wei. They were believed to be members of the group operating the Chinese clients-only prostitution den that had taken over all the rooms on the 11th floor.

Found inside the rooms were sex toys and other sex paraphernalia such as condoms, lighters and vaginal lubricant creams. There were also menu cards listing sexual services.

Twenty-two Chinese women between 18 and 30 years old reportedly being used as sex workers were rescued during the operation.

They claimed that they had been hired by a group of recruiters in China for jobs in the Philippines. But upon arrival in Manila, they were taken to the hotel where they ended up working as prostitutes.

For two to three hours, they were forced to entertain clients at the hotel, the women told the NBI. In some cases, they would end up being taken to their customers’ houses.

“They [syndicates] are now avoiding the places that they know could be raided by law enforcers. They first ask potential customers to go to one place for surveillance, then they will be instructed to go to a faraway hotel for their services,” he told reporters.

In the case of the syndicate operating in Makati, they distributed lighters with their contact number to Chinese men around the city. The customers were charged up to P30,000 each, depending on the type of services they chose and the length of their stay.

Tovera, however, said the NBI was not able to clearly investigate how the Chinese women were recruited since the victims did not want to divulge any more details.

The AOTCD chief added that the syndicates were organized in running the sex den, saying that there could be more Chinese nationals involved and Zhang and Li just happened to be the ones tasked to attend to clients that day.

They will face charges for violation of Republic Act 10364, or the Expanded Anti-Trafficking in Persons Act of 2012.

Auralyn Pascual, NBI deputy spokesperson, said the 22 Chinese women were taken to the Bureau of Immigration for appropriate action and possible deportation.