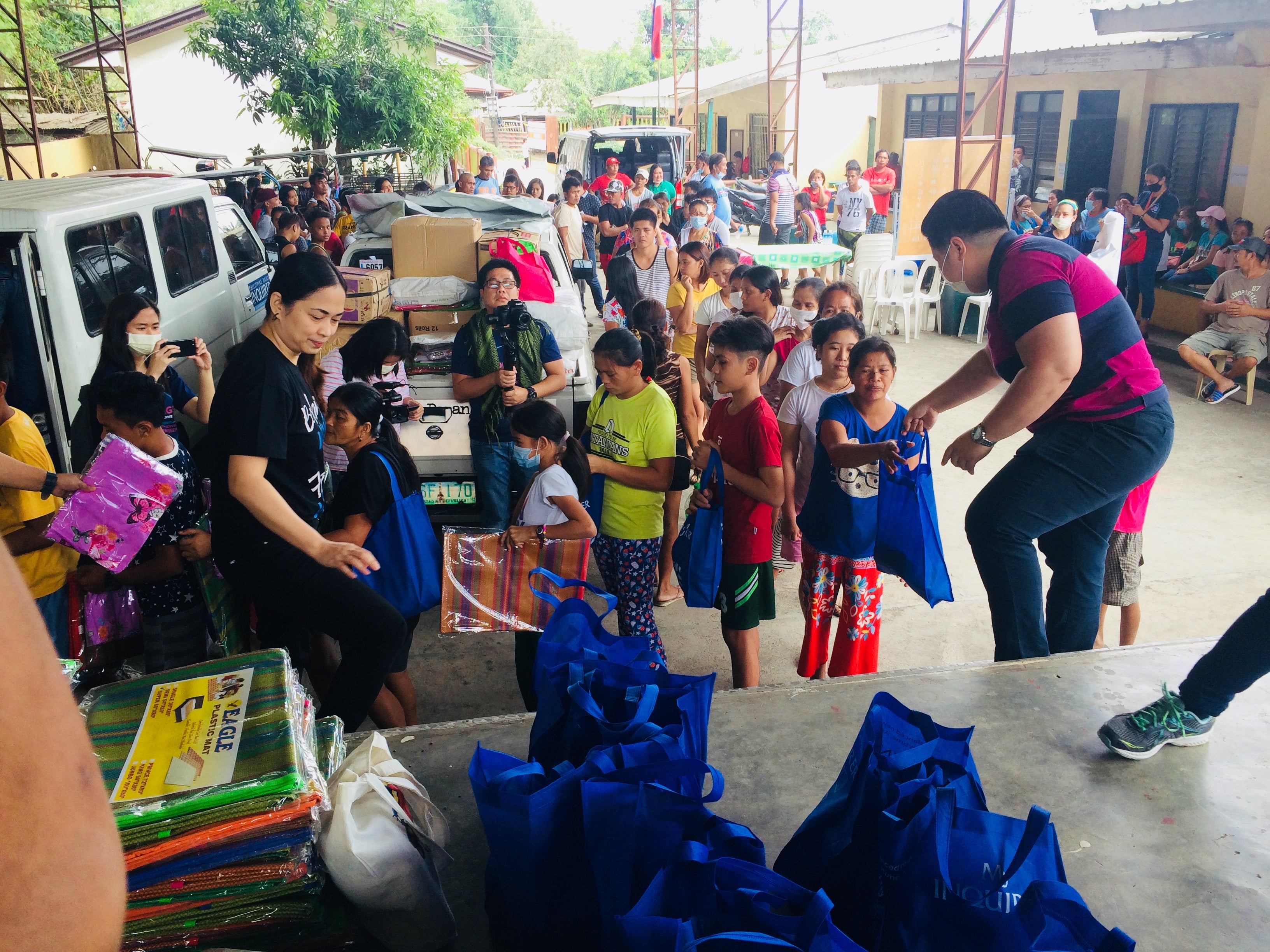 CALACA, Batangas — The Inquirer group’s relief drive continues for the Batangueño families who are devastated by Taal Volcano’s recent eruption.

Through the Inquirer Foundation’s call for donations, a lot of its generous readers have been extending their help by giving away some goods such as food packs, sleeping mats and blankets, gallons of water, toiletries, and even clothes which will be of help to the evacuees.

On Tuesday, January 21, the Inquirer employee-volunteers visited two evacuation sites in Calaca town, particularly the Lumbang Calzada Elementary School and Baclas Elementary School, where over 190 families from the towns of Laurel, Lemery, Talisay, and Agoncillo in Batangas province are currently being sheltered.

Romie Maligaya, a 58-year-old barangay councilor of Lumbang Calzada, told INQUIRER.net that the population of the evacuees in their center is still fluctuating every day because some of them would prefer to go back to their “in-house” relatives.

“In-house” residents are those who are not moving out of their houses yet despite the local government’s call to temporarily leave their residences and stay in the evacuation sites for their safety.

Among the problems encountered by the barangay officials in Lumbang Calzada were the evacuees falling ill due to pulmonary infections, cough, and fever resulting from inhalation of volcanic ash.

(Fortunately, we have roving doctors from the health center to check on them.) 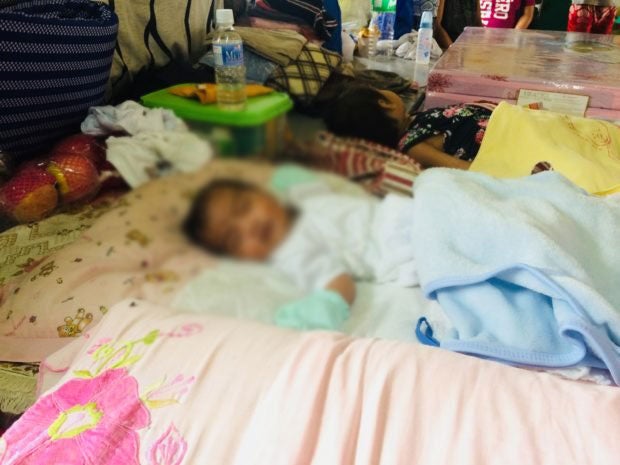 In Baclas Elementary School, which is being monitored by Tina Malapitan, a 49-year-old school head, each representative of the 119 families is required to wear numbered name tags of their respective barangays for easy distribution of relief packages.

What brings joys and fears to the Calaca evacuees 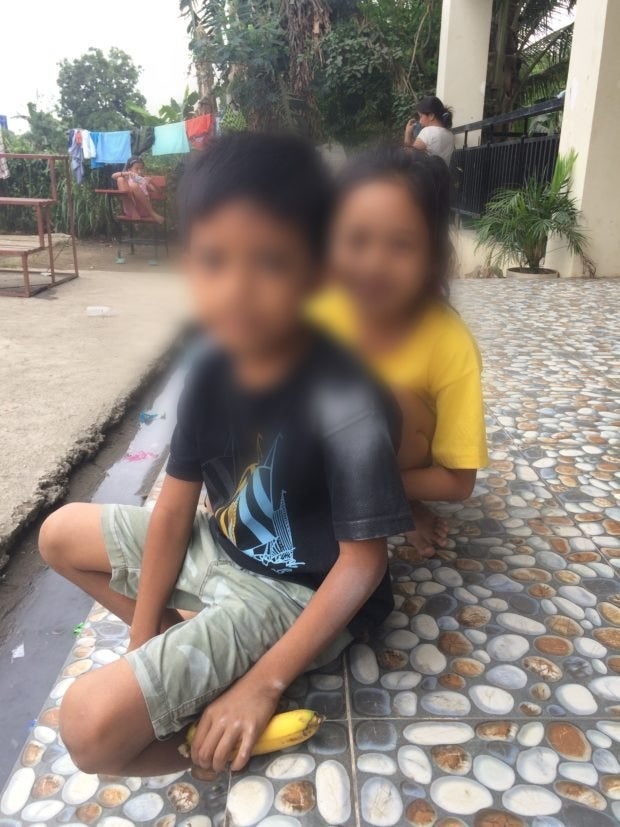 Darmiel Landicho, 8, and Caithlene Mendoza, 7, are evacuees from barangay Bilibinwang in Agoncillo, Batangas who are staying with their families in Lumbang Calzada Elementary School. They are overjoyed by simply receiving bread and bananas from volunteers who are visiting them. 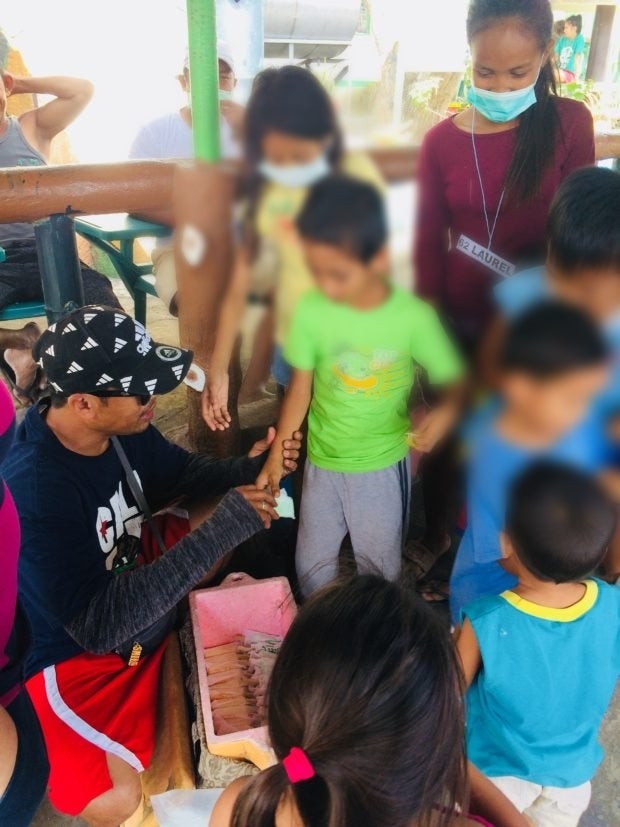 Meanwhile, the children in Baclas gathered when free ice creams were given to them by a vendor who happened to pass by the area on Tuesday, Jan. 21. Theresa “Tek” Samaniego, Property Section Editor & Special Projects Head of Philippine Daily Inquirer, bought all the ice creams to give joy to the children in the evacuation center.

(While away from school, we help our families every time someone sends help here in the evacuation center.)

For RJay Enriquez, 14, a resident from Laurel town, he shared how he got scared and worried about his family’s safety when Taal Volcano erupted on Sunday, Jan. 12. 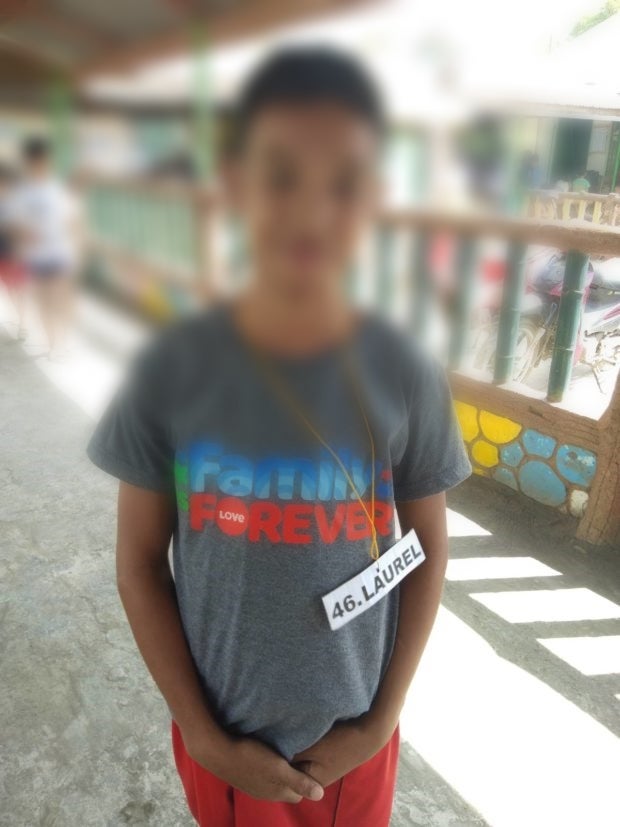 (I was scared because I also saw the smoke coming out of the volcano as well as falling ashes. It was also scary because we felt a strong earthquake [after the eruption].)

(I was very nervous, I was also worried about my mom and dad, and my siblings.)

Notwithstanding all the worries that the restive Taal Volcano brings, Dante Malapitan, a DWSD representative, together with other volunteer workers from Calaca, provides recreational activities for the evacuees every day including games, storytelling for kids, Bible study, and a “Barako Gay” contest.

(We meet with the leaders from each room so that everyone will cooperate and will join in the activities. They also enjoy these kinds of activities and it relieves their sadness and anxiety.)

The success of the Inquirer group’s relief drive is credited to the generosity of its readers for their donation including the ‘Anonymous Dancers’ who are a group of newbies working in a government agency who won a dance contest in December last year. They have decided to donate the prize to the victims of Taal Volcano eruption through the Foundation.

Inquirer Foundation is still accepting donations for the victims of Taal Volcano eruption. Cash donations may be deposited in the Inquirer Foundation Corp. Banco De Oro (BDO) Current Account No: 007960018860. Inquiries may be addressed and emailed to Inquirer’s Corporate Affairs office through [email protected] or call 8978808 local 238 or 352.