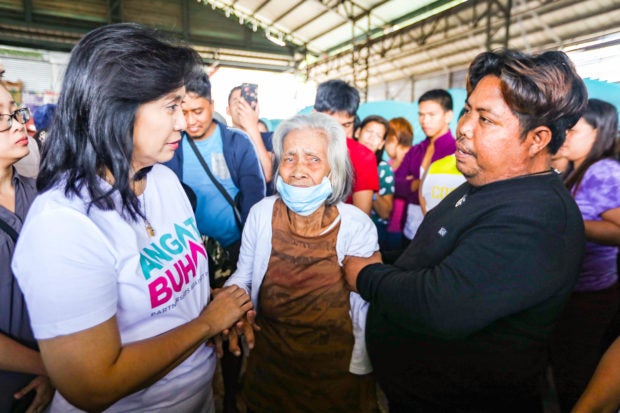 MANILA, Philippines – At least 1,500 food packs, hygiene kits, sleeping blankets, and mattresses were distributed by the Office of the Vice President (OVP) to Taal Volcano eruption victims on Tuesday. 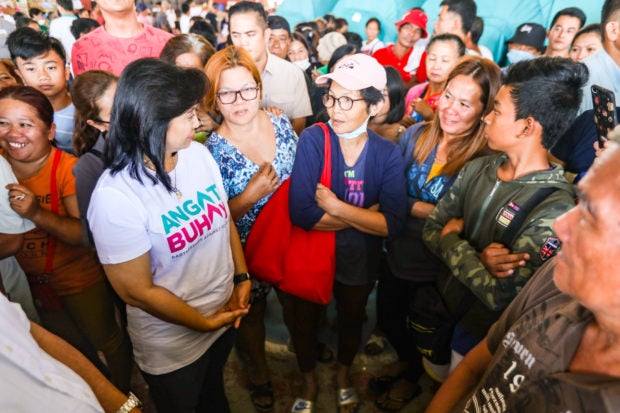 Vice President Leni Robredo visits evacuees currently staying at Mendez-Nuñez town in Cavite, as she made her rounds to areas affected by the unrest of Taal Volcano on Tuesday, Jan. 21, 2020. The OVP and its Angat Buhay partners donated food packs and hygiene kits to the evacuees. Photo by Charlie Villegas / OVP

The OVP stated that the relief items were obtained through donations of their private sector partners, which are also supporting their Angat Buhay and Ahon Laylayan initiatives.

Some of the donations were also provided through the Kaya Natin! Movement for Good Governance and Ethical Leadership, which Robredo’s late husband former interior secretary Jesse Robredo was a part of.

The Vice President has debunked this claim, questioning why the government keeps a purveyor of fake news among its ranks.

As of now, the Philippine Institute of Volcanology and Seismology maintains Alert Level 4 over the area, which means that residents within the 14-kilometer radius should be evacuated.

The explosion has already displaced thousands of residents, with data from non-government organizations saying that around 300,000 individuals have been forced to flee their homes.