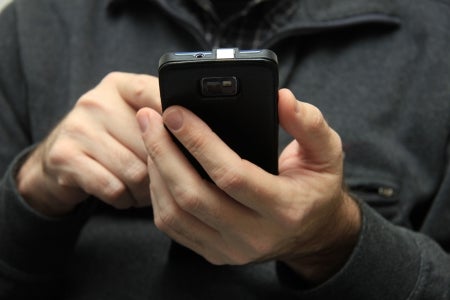 The eruption of Taal volcano last Jan. 12 saw the displacement of thousands of residents from their homes, with about 20,000 families or 82,000 people evacuated as of writing from the 15 municipalities within the volcano’s 14-kilometer danger zone.

Many have since contributed their resources to aid those affected by the Taal eruption, with help coursing from ordinary Filipino citizens all over the country, as well as the private sector and celebrities.

The fundraiser was reminiscent of Kaylen Ward’s case, the Instagram influencer-model who recently raised an estimated $1 million, as per reports, for the victims of Australia’s bushfires. She offered nude photos of herself via Twitter. As a consequence, although she made the call over at Twitter, Instagram deactivated her account, as well as other new accounts she made.

In an interview with INQUIRER.net, Juan shared that he is currently unemployed, but sells sex videos of himself and runs a small business as modes of income.

Juan shared he did not have any fears in doing his initiative. He had already done it before, but to raise funds for a charity event for LGBTQ+ people living with HIV.

“But this one got quite a lot of attention,” he said. “I didn’t think of anything else, like if this is empowering or something. I just really wanted to help out the evacuees.”

But there are possible risks involved, too, in this manner of helping. The elephant in the room is that pornography is penalized under Article 201 of the Revised Penal Code, as an offense against decency and good customs.

The law exacts a penalty of prision mayor or a fine ranging from P6,000 to P12,000, or both, for “those who, in theaters, fairs, cinematographs or any other place, exhibit indecent or immoral plays, scenes, acts or shows, whether live or in film… which serve no other purpose but to satisfy the market for violence, lust or pornography.”

Through the years, bills such as the Anti-Obscenity and Pornography Act (S.B. No. 2464), filed by former senator Manny Villar on July 24, 2008, also sought to criminalize the publication and broadcast of pornographic materials as “a campaign against obscenity and pornography.”

Many criticized the bill at the time, such as columnists Isagani Cruz, Clarissa Chikiamco and John Silva. Local online art communities, as per Chikiamco, also denounced the bill for its risk of being repressive to the arts.

But it seems that for Juan, his wish to help the Taal victims overrode the potential risks that he could face. He is aware of and has considered the possible legal implications he could run into by selling his sex videos, but he also attests that he did not force anyone to donate to him.

“I did not force them to give donations,” he said. “Also, some people gave donations without asking for a video.”

In one day, Juan raised an amount of around P10,000. The items he was able to buy with the money were given to a college in Balayan, Batangas for repacking, as per a now-deleted Twitter update.

“We just bought everything we could from medicine, food, water, personal hygiene kits, blankets, bath towels to even underwear. And gave it to a school,” he told INQUIRER.net. “They repacked the goods and distributed it to the different barangays where evacuees are.”

The response of netizens towards his viral initiative was nothing short of overwhelming, with some going as far as calling him a hero. Some reactions, however, also caused him to worry, such as when netizens would compare his help with the government’s.

Earlier today, while addressing evacuees in Sto. Tomas, Batangas, President Rodrigo Duterte asked Congress to expedite the passage of a P30-billion supplemental budget to add to the government’s calamity fund. Sen. Panfilo Lacson, vice chair of the Senate finance committee, has questioned the slashing of P4 billion off the calamity funds which the Senate had earmarked for the National Disaster Risk Reduction and Management Council for 2020.

Not absent, of course, were those who mocked and laughed at Juan’s way of helping the Taal victims. But whatever these people said and thought of him was far from his concern, and in fact, beyond his control.

“Some people were just laughing at it, but I didn’t mind them,” said Juan. “What’s more important are those who did their part to help.” JB

[Editor’s note: The real name of the subject has been withheld upon his request.]