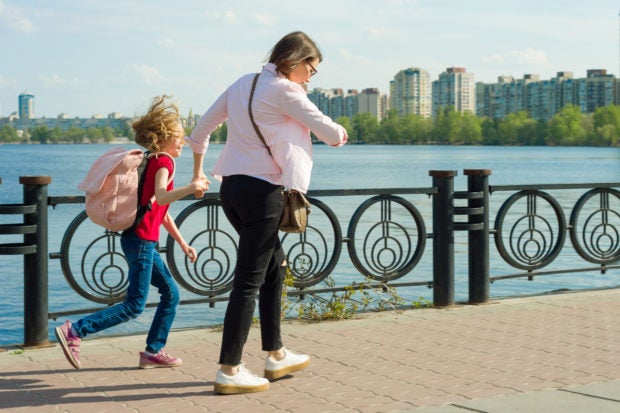 A school in the United Kingdom has implemented a new policy that will fine parents 1 pound (about $1 or P50) for every five minutes they are late when picking up their children.

The policy was introduced by Holy Trinity School in Gravesend in Kent, England to encourage parents to fetch their kids on time, as per KentOnline last Wednesday, Jan. 15.

Parents and guardians will start accumulating fines every five minutes after 3:40 p.m. However, they will only be required to pay if they have been late to pick up their child for three times.

In addition to the fines, the school will contact social services if the student is not picked up by 4 p.m. The report also stated that kids will be put under the care of local authorities if the parents cannot be contacted.

“The Late Collection of Pupils Policy was introduced this week in a bid to ensure all our children are collected from school on time,” Denise Gibbs-Naguar, a head teacher at the school, was quoted as saying.

She added that the move was for “each individual child’s benefit as well as for the whole school.”

“School finishes at 3.30 p.m. but it is becoming an increasingly regular occurrence to have a significant number of uncollected children still onsite at 4 p.m.,” the teacher pointed out.

Gibbs-Naguar then explained that when kids are picked up late, a staff member is paid overtime to keep an eye on them. According to the report, having an employee render overtime is not sustainable for the school without having an impact on other areas of their budget, which also affects the kids’ schooling.

“Additionally, pupils who are collected late often exhibit signs of anxiety and distress as they don’t know where their parent [or] carer is and worry that something may have happened to them,” she said. “Clearly this is not something anyone wants a child to experience.”

Despite the school’s intentions, other parents and guardians have criticized the new policy. They stated that the extra cost will punish less-fortunate families who already struggle to make ends meet.

“Gravesend is a deprived area and many parents struggle to work due to the cost of childcare,” an anonymous parent said in the report.

Another parent recalled an after-school club that was introduced before but noted that it was discontinued by the head teacher “with little notice” because it was supposedly not making “enough money.”

“It’s a shame the head teacher cares more about making money out of struggling parents [than] helping out the community,” another parent was quoted as saying.

The parents also described the policy as “disgraceful and must be illegal.” Ryan Arcadio/JB