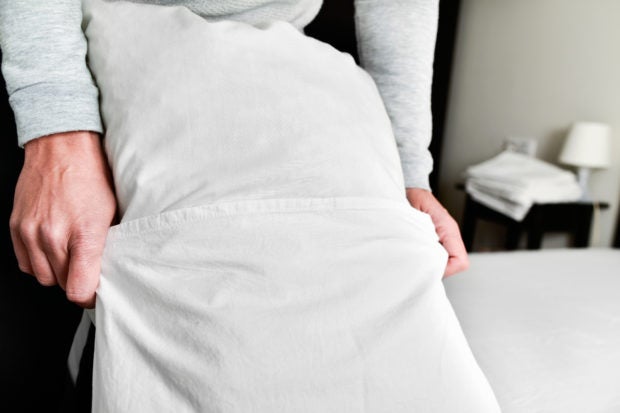 A 47-year-old man will soon be paying the price of his crime, and clumsiness, after he made a crucial error upon robbing a bank in Fife, Scotland last year, disguised in a pillowcase mask. Hearing on the case recently brought out that he was forced to remove the pillowcase right after putting it on, because it turned out that he could not see.

“This was due to a failure to create eye holes,” prosecutor Stewart Ronnie was quoted as saying during Matthew Davies’ hearing last week, as per The Scottish Sun on Friday, Jan. 17.

Davies pulled out a meat cleaver from a pillowcase right after he stormed into a bank and declared robbery on September 2019, as per the report. He proceeded to cover his face with the pillowcase to conceal his identity, but then removed it quickly.

The robbery went on, however, and the 47-year-old managed to walk away with almost £2,000 (around P131,000) after threatening the staff that he will hurt a customer.

His face now revealed, a witness decided to follow the robber as he walked out of the bank, as per report. He was said to have walked slowly and even stopped “to pat a dog,” according to Ronnie.

He was then arrested by police in his own home where they found cash and the pillowcase, described during his hearing as “consistent with what he put over his head.”

Police also found a stun gun in his possession, the report stated. He is now in jail after pleading guilty to assault and robbery charges, and will be sentenced in February. Ian Biong/JB