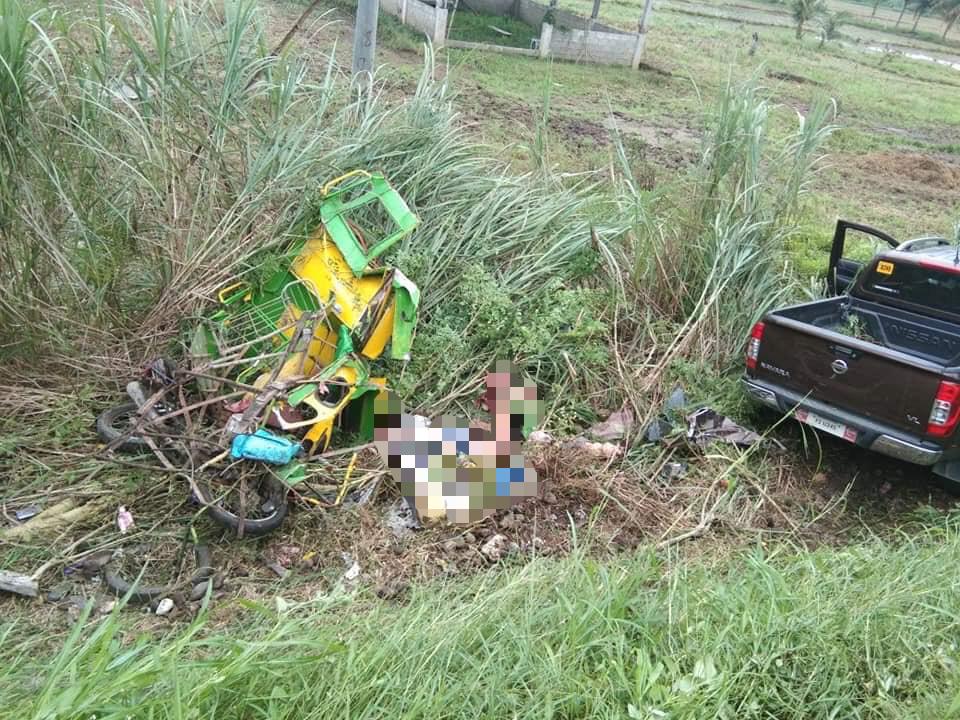 The body of a child lies beside the sidecar of a motorcycle that fell downhill from a national highway in Prosperidad, Agusan del Sur on Saturday, Jan. 18, 2020. (Photo from Agusan del Sur police)

MANILA, Philippines — Seven people, most of them relatives including a one-year-old child, died after the vehicle they were riding was accidentally hit by a pickup truck and fell downhill from a road in Prosperidad town, Agusan del Sur.

According to a report from Agusan del Sur police, a Nissan Navarra was traveling from Barangay Patin-ay heading towards Barangay Poblacion on Saturday, while the victims along with two other passengers were onboard a Honda TMX 155 with a sidecar traversing the opposite direction.

Upon reaching the national highway in Purok 6 Taglimaw at about 10:50 a.m., the Nissan Navarra accidentally swerved to the left portion of the road and hit the Honda TMX 155.

Both vehicles fell downhill at the side of the national highway.

Two others aged seven and five years old, as well as a passenger of the Nissan Navarra, were injured and were immediately rushed to a nearby hospital.

Police said the driver of the Nissan Navarra was unharmed. He was brought to the custody of the Prosperidad Municipal Police Station.