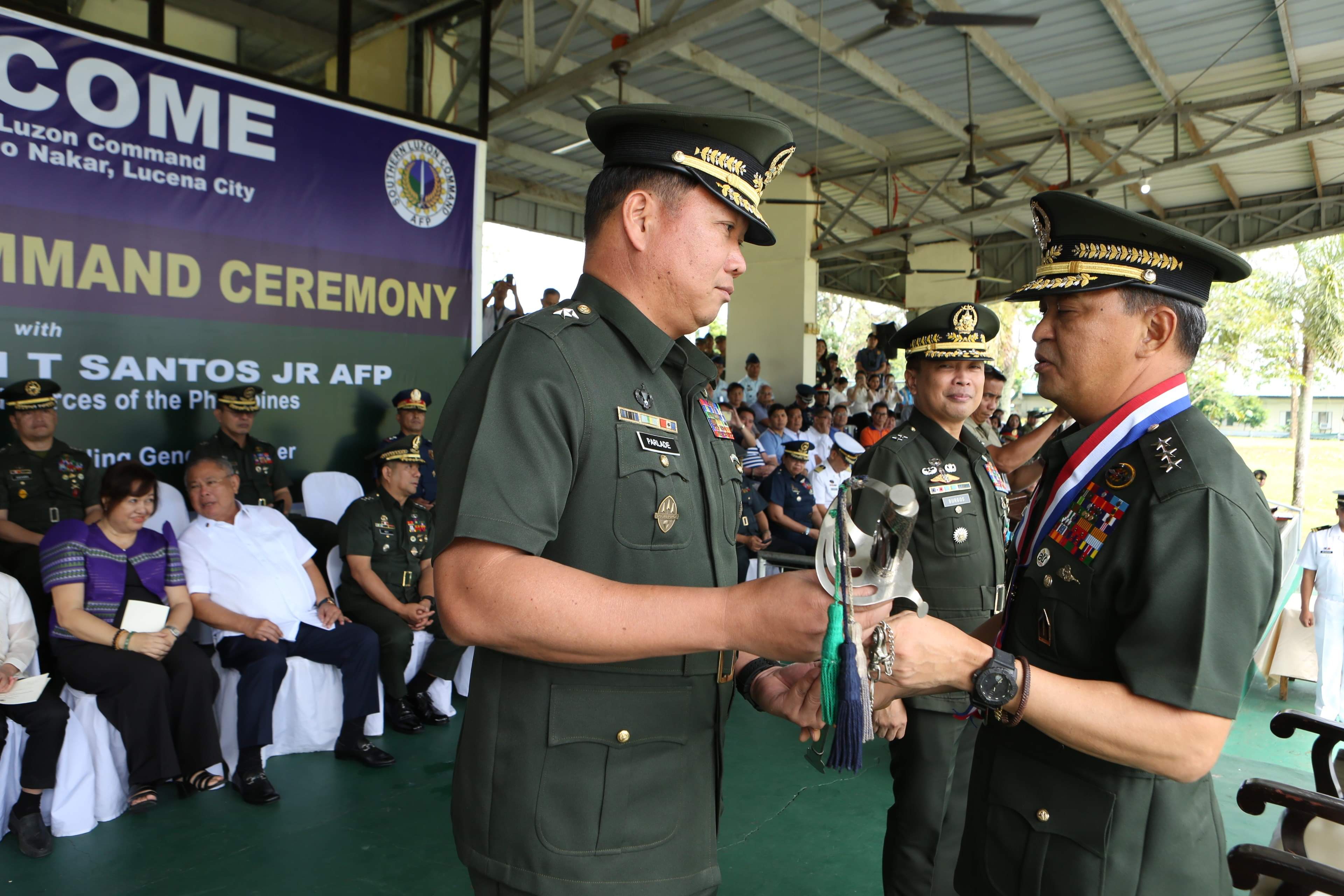 Prior to his assumption, Parlade was the deputy chief of Staff for AFP-Civil Military Operations and detailed with the Office of the Presidential Adviser on the Peace Process (OPAPP) as a senior military adviser

Parlade was also the former commander of the Army’s 203rd Infantry brigade which covers the island of Mindoro. He was also a noted Solcom intelligence officer.

“The days of CPP-NPA (Communist Party of the Philippines-New People’s Army) are numbered not only in Southern Luzon but in the entire country,” said Parlade in his inaugural speech as Solcom commander.

Parlade predicted the end of the communist rebellion during the term of President Rodrigo Duterte with his signing of Executive Order Nos. 70.

Under the EO, which was signed on Dec. 4, Duterte directed the adoption of a national peace framework and institutionalizing the whole-of-nation approach to attain “inclusive and sustainable peace” in the country to supposedly “address the root causes” of the armed conflict.

The President also created the NTF-ELCAC by the virtue of EO 70.

Parlade disclosed that they have already declassified all recovered communist rebel’s documents that were seized by government forces.

He claimed that the revelations in the documents showed the declining strength and influence of the communist insurgents.