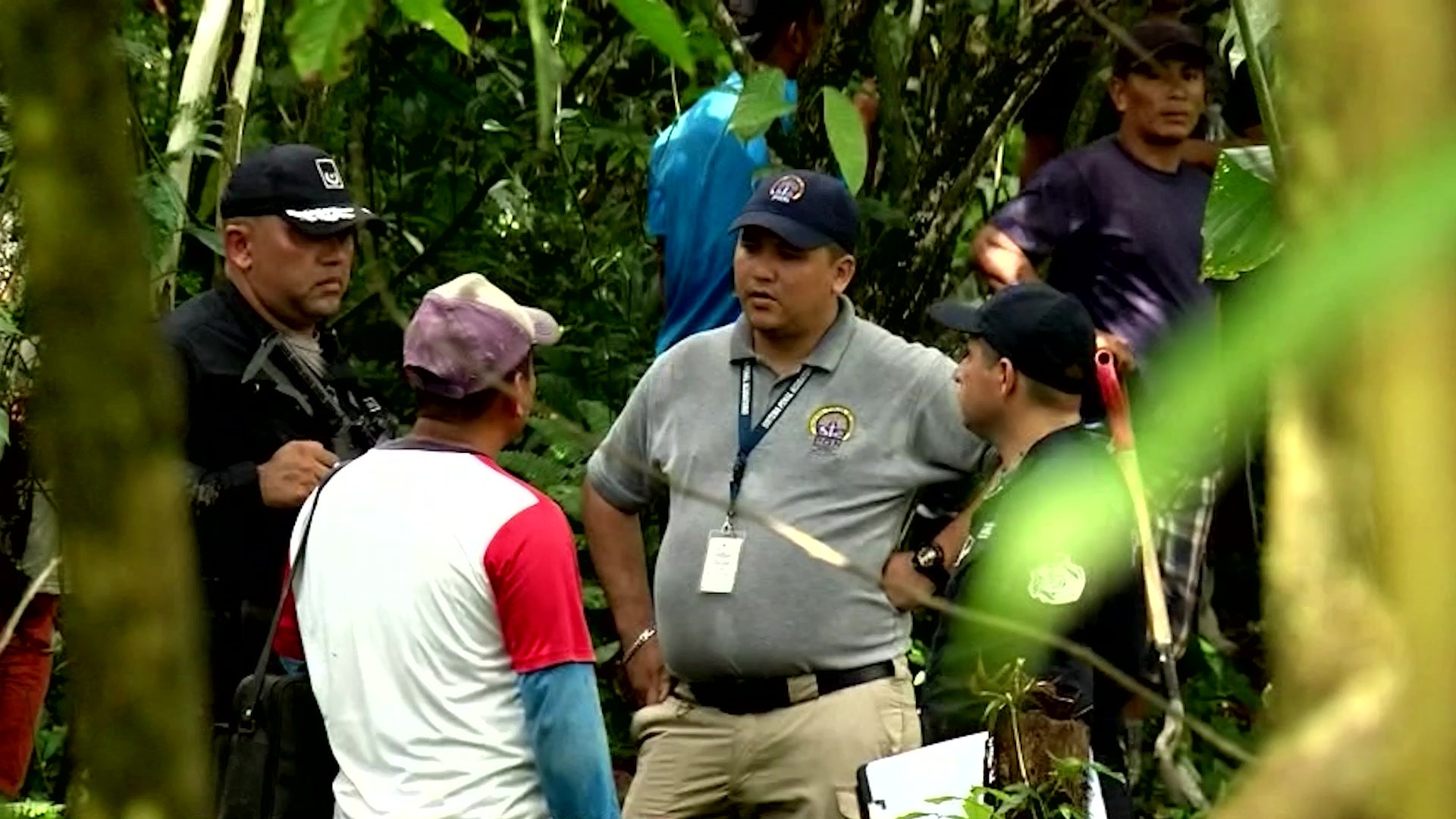 Panamanian authorities believe they have found a mass grave in an indigenous region. The discovery on 14 January came just hours after the rescue of 15 people who had been held by a religious sect. TVN Noticias de Panama / AFP

PANAMA CITY, Panama — Panama has sent police reinforcements to a remote indigenous village where locals have been left “terrorized” by the alleged religious sacrifice of six children and a pregnant woman, authorities said on Friday.

A mass grave containing the remains of a pregnant woman and six children aged from one to 17 was found on Thursday. They had wounds consistent with being beaten.

It was discovered a day after police raided an obscure religious sect allegedly involved in brutal exorcisms, arresting 10 people and rescuing 15 others.

Police believe the victims were “tortured and sacrificed” and that the other 15 people would have been, too.

The police units, who will be flown in by helicopter, will “provide security and tranquility to this humble population, which is currently terrorized,” added Martinez.

Police are also due to remain on patrol in the area while investigating several churches to determine whether other sects operate there.

Nine of the arrested suspected sect members were placed in preventive detention by a judge Friday evening. The 10th person arrested is a minor.

They are accused of “aggravated homicide, femicide and deprivation of liberty,” the judicial branch tweeted.

Amongst the suspects is the father of the pregnant woman found in the mass grave. She was the mother of five of the six minors also found dead.

“Apparently they are members of a religious sect that was involved in rituals, and they’re the ones presumed to be responsible” for the deaths, said Rafael Baloyes, the top prosecutor in neighboring Bocas del Torro province.

Amongst those rescued were nine children and two pregnant women that were treated for burns and injuries caused by beatings, authorities said.

Domingo Gonzalez, who had managed to escape the sect, told the local TVN-2 channel that he saw a man beating his own son, who had been stripped naked by members of the sect.

“They started hitting him with the bible and a closed fist,” said Gonzalez.

“They grabbed him (by the neck) and told him: ‘drive out the demon you have inside you’.”

The rituals took place on a ranch that was surrounded by dense vegetation making it invisible to the outside world.

“We are faced with a region with a population that is particularly vulnerable and with little State presence to prevent these type of situations,” political scientist Claire Nevache told AFP.

She said Panama has lax laws regarding the establishment of cults, as long as they are Christian.

The latest discoveries come after the December 5 arrests of 17 foreign nationals, alleged members of another religious sect, in an operation carried out in the coastal town of San Carlos, about 45 miles west of the capital.