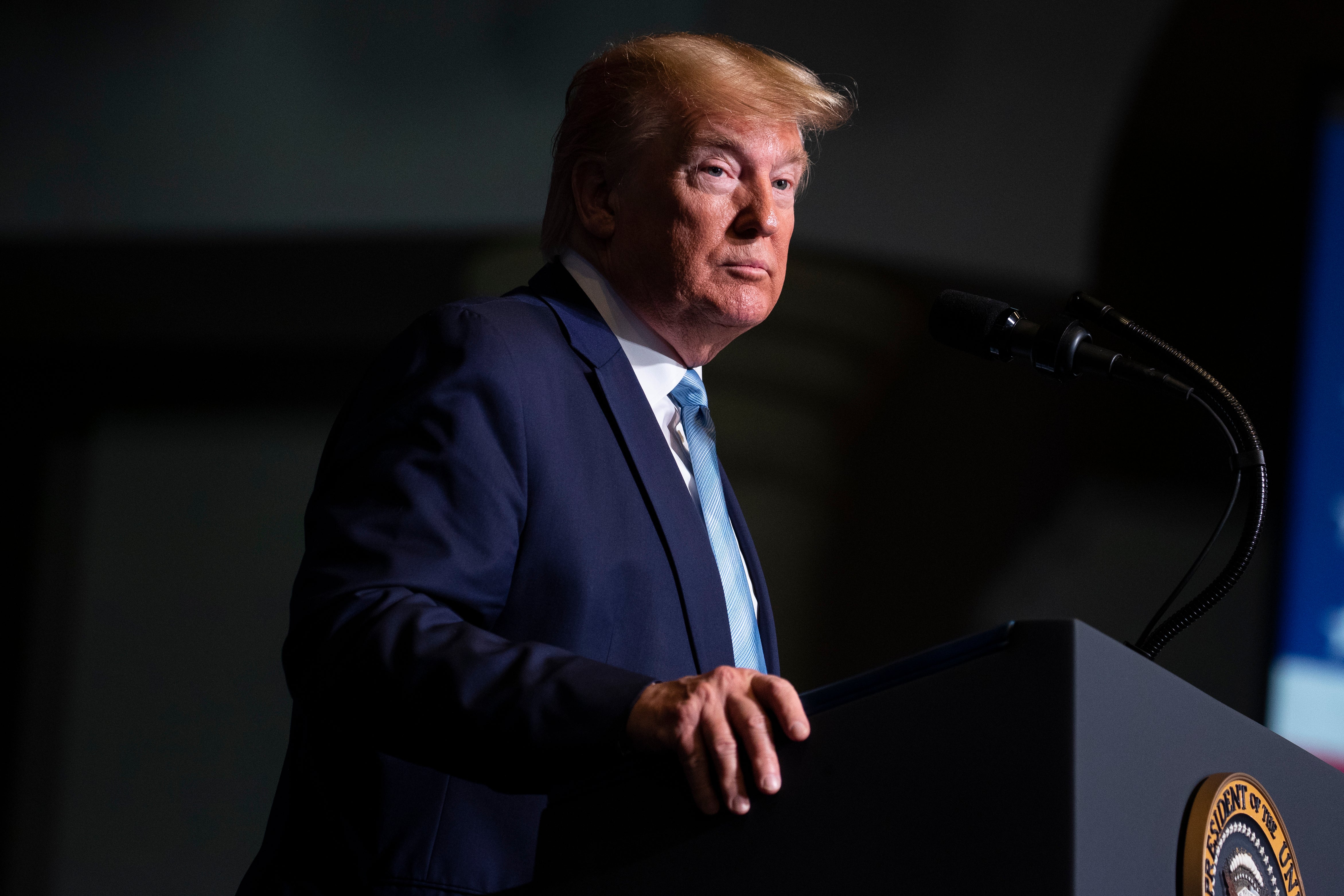 WASHINGTON — President Donald Trump has assembled a made-for-TV legal team for his Senate trial that includes household names like Ken Starr, the prosecutor whose investigation two decades ago resulted in the impeachment of Bill Clinton. Former Harvard law professor Alan Dershowitz will deliver constitutional arguments meant to shield Trump from allegations that he abused his power.

The additions on Friday bring experience in the politics of impeachment as well as constitutional law to the team, which faced a busy weekend of deadlines for legal briefs and other documents before opening arguments begin on Tuesday.

The two new Trump attorneys are already nationally known both for their involvement in some of the more consequential legal dramas of recent American history and for their regular appearances on Fox News, the president’s preferred television network.

Dershowitz is a constitutional expert whose expansive views of presidential powers echo those of Trump. Starr is a veteran of partisan battles in Washington, having led the investigation into Clinton’s affair with a White House intern that brought the president’s impeachment by the House. Clinton was acquitted at his Senate trial, the same outcome Trump is expecting from the Republican-led chamber.

There are some signs of tension involving the president’s outside legal team and lawyers within the White House.

The White House would not confirm the fuller roster of the president’s lawyers Friday, and some officials there bristled that the announcement was not coordinated with them. Hours after Dershowitz announced his involvement with the team in a series of tweets on Friday, he played down his role by saying that he would be present for only an hour or so to make constitutional arguments.

“I’m not a full-fledged member of the defense team,” he told “The Dan Abrams Show” on SiriusXM. He has long been a critic of “the overuse of impeachment,” he said, and would have made the same case for a President Hillary Clinton.

A legal brief laying out the contours of the Trump defense, due at noon on Monday, was still being drafted, with White House attorneys and the outside legal team grappling over how political the document should be. Those inside the administration have echoed warnings from Senate Majority Leader Mitch McConnell that the pleadings must be sensitive to the Senate’s more staid traditions and leave the sharper rhetoric to Twitter and cable news.

White House lawyers were successful in keeping Trump from adding House Republicans to the team, but they also advised him against tapping Dershowitz, according to two people who spoke on condition of anonymity to discuss internal discussions. They’re concerned because of the professor’s association with Jeffrey Epstein, the millionaire who killed himself in jail last summer while awaiting trial on sex trafficking charges.

A Fox News host said on the air that Starr would be parting ways with the network as a result of his role on the legal team.

Trump was impeached by the House last month on charges of abuse of power and obstructing Congress, stemming from his pressure on Ukraine to investigate Democratic rivals as he was withholding security aid, and his efforts to block the ensuing congressional probe.

Senators were sworn in as jurors on Thursday by Chief Justice John Roberts.

The president insists he did nothing wrong, and he complains about his treatment daily, sometimes distracting from unrelated events. On Friday, as Trump welcomed the championship LSU football team to the Oval Office for photos, he said the space had seen “a lot of presidents, some good, some not so good. But you got a good one now, even though they’re trying to impeach the son of a bitch. Can you believe that?”

While the president speaks dismissively of the case, new revelations are mounting about his actions toward Ukraine.

The Government Accountability Office said Thursday that the White House violated federal law in withholding the security assistance to Ukraine, which shares a border with hostile Russia.

At the same time, an indicted associate of Trump’s personal lawyer Rudy Giuliani, Lev Parnas, has turned over to prosecutors new documents linking the president to the shadow foreign policy being run by Giuliani. The voluble Giuliani is not expected to play a formal role on the impeachment defense legal team, according to one official.

The GAO report and Parnas documents have applied fresh pressure to senators to call more witnesses for the trial, a main source of contention that is still to be resolved. The White House has instructed officials not to comply with subpoenas from Congress requesting witnesses or other information.

Views on it all are decidedly mixed in the Senate, reflective of the nation at the start of this election year.

“I’ll be honest, a lot of us do see it as a political exercise,” Republican Joni Ernst of Iowa told reporters on a conference call. “The whole process has really been odd or unusual or bizarre in some mannerisms. …”

Others spoke of the seriousness of the moment.

“Totally somber,” tweeted Democrat Chris Murphy of Connecticut. He sits next to Sen. Elizabeth Warren, one of four senators running for the Democratic nomination to challenge Trump in the fall, and said they agreed their “overwhelming emotion was sadness.”

All said they will be listening closely to all arguments.

As she filed for re-election Friday in West Virginia, GOP Sen. Shelley Moore Capito told reporters, “I think it’s been a very politicized process to this point and the president hasn’t had a chance to present his side.”

Starr, besides his 1990s role as independent counsel, is a former U.S. solicitor general and federal circuit court judge.

More recently, he was removed as president of Baylor University and then resigned as chancellor of the school in the wake of a review critical of the university’s handling of sexual assault allegations against football players. Starr said his resignation was the result of the university’s board of regents seeking to place the school under new leadership following the scandal, not because he was accused of hiding or failing to act on information.

Dershowitz’s reputation has been damaged in recent years by his association with Epstein. One of Epstein’s alleged victims, Virginia Roberts Giuffre, has accused Dershowitz of participating in her abuse. Dershowitz has denied it and has been battling in court for years with Giuffre and her lawyers. He recently wrote a book rejecting her allegations, called “Guilt by Accusation.”

Giuffre and Dershowtiz are also suing each other for defamation, each saying the other is lying.