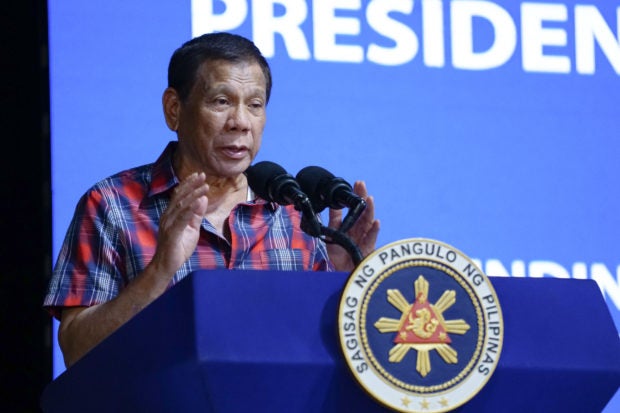 Duterte claimed the foundations only give back to show they have “corporate conscience” yet only provide scholarships for the rich.

“Just maybe convey to the Filipino nation, ‘We are rich but we have a corporate conscience.’ You know this, Ayala foundation, sending scholar. Ang kinukuha naman nila mga anak ng mayaman [But they are only getting the children from rich families],” Duterte said.

The President made this remark as he reiterated his call for the concessionaires to sign the new contract without the onerous provisions, or the government would have to take over the water service.

“Pag-aralan daw nila but I tell you, you better sign the contract because it is good for the Filipino. You do not sign it, I will take over. I will nationalize the water in my country para hindi ninyo magamit,” he said.

Duterte had earlier slammed Maynilad and Manila Water for supposedly milking billions of pesos from the people and the government over the 1997 water contract.

New contracts crafted by the Justice department are being offered to the water firms but Duterte said there is no guarantee they will not be prosecuted over the original deals.